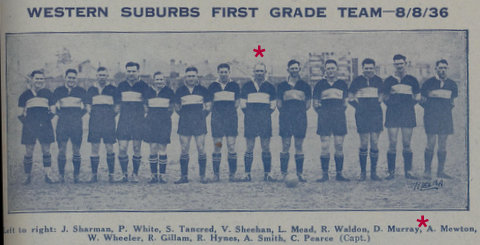 The chart below is thanks to Geoff Ibbett from the Wests Archives. 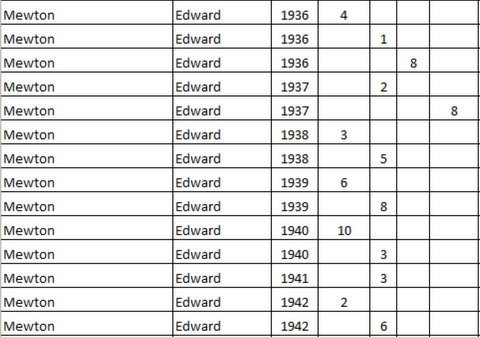 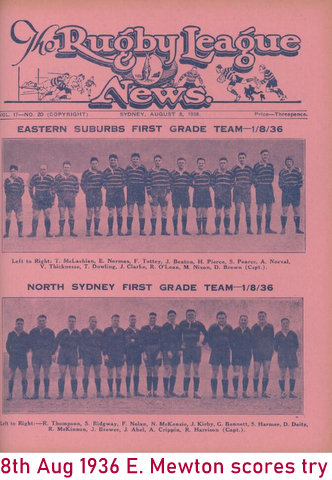 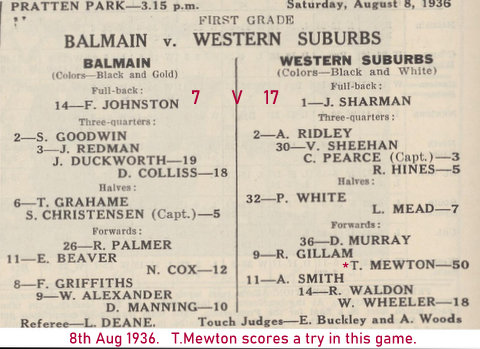 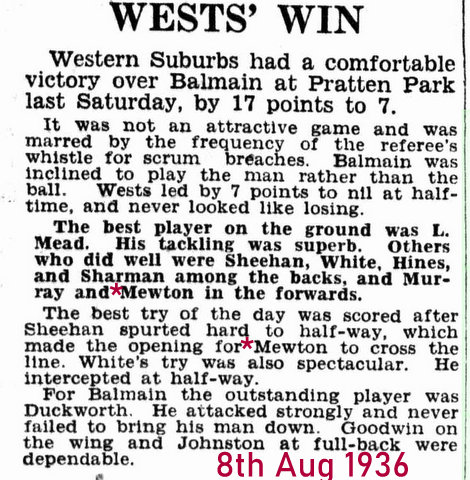 Good win by Wests and Ted scores his first try in First Grade. 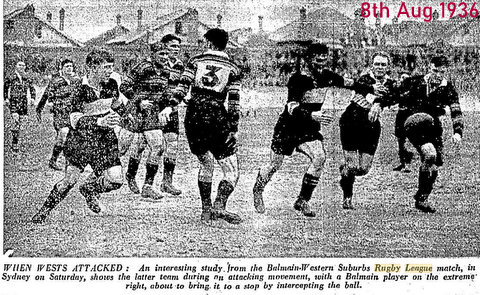 If you look closely you can see the wooden cycle track at Pratten Park.

Also flood lights were installed in 1936 at Pratten Park.

The Kangaroos won the Blake Cup under the coaching of Ted. 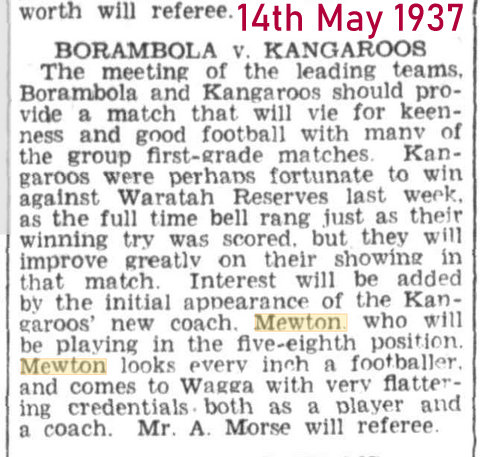 Teds son Warren Mewton told us his dad returned to Sydney to marry his mum.

Ted made it back in time to star in the Reserve Grade win against Souths in the 1937 Grand Final. 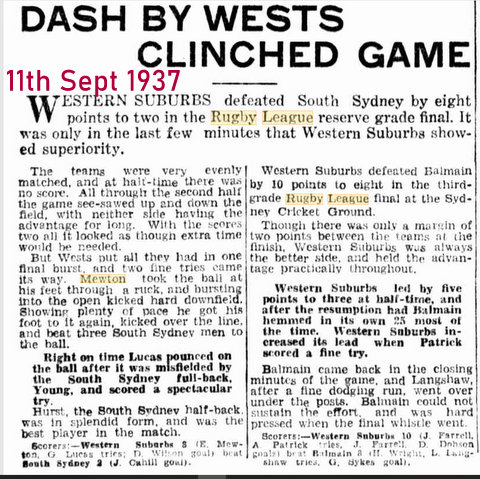 Ted scores a try in this Grand Final game. 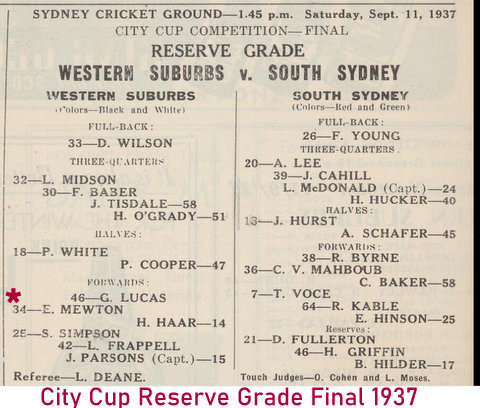 This was the first time that Wests had won the Reserve Grade premiership.

And is only one of three Reserve Grade comps that Wests have won. The other years are 1961 and 1981. 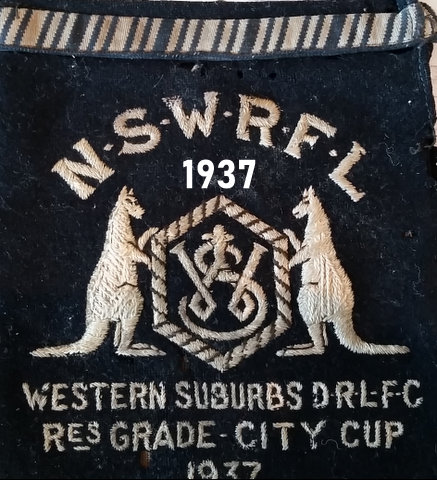 The blazer pocket from Teds blazer. 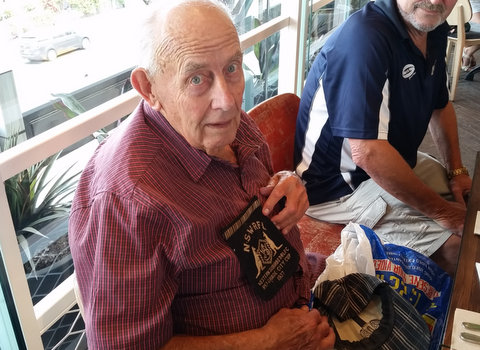 Warren with his dads blazer pocket. 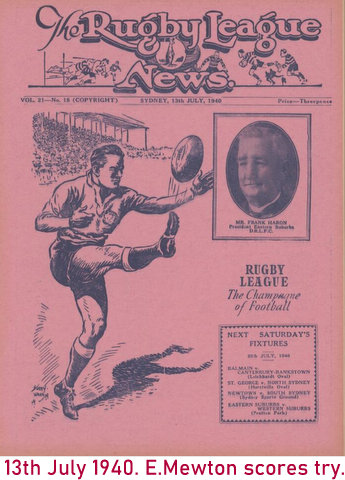 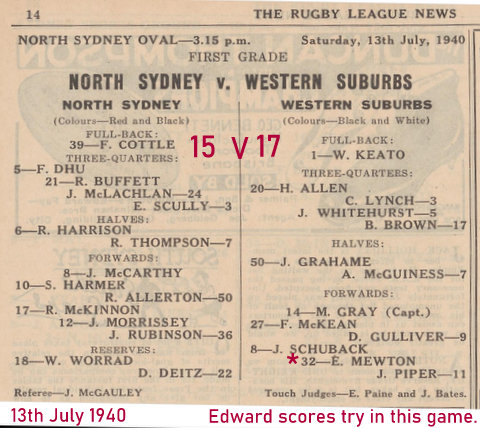 Ted being a true Wests clubman played on during the next 2 years to help Wests during to the Second World War.

were able to present to Teds son Warren his Wests Players Medal number 340. 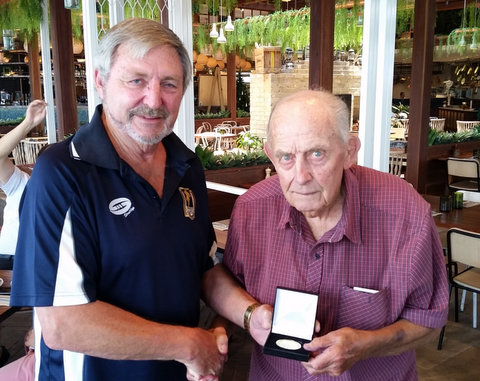 Neil Bennet from the Archives and Warren Mewton. 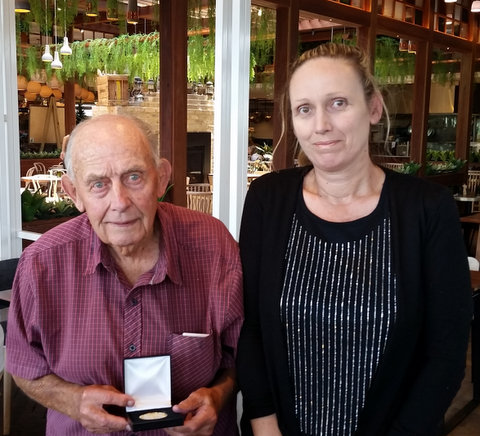 Warren and his daughter Katiy Mewton. 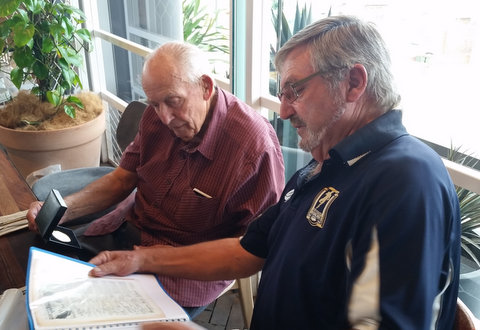 Warren and Neil reading the history of his dad time at Wests.

Just to finish Warren was a very good footballer and played a couple of years at Arncliffe Scots in 1963 and 1964. 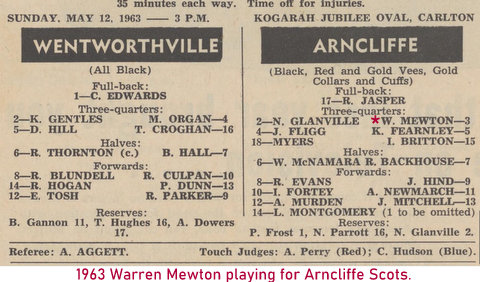 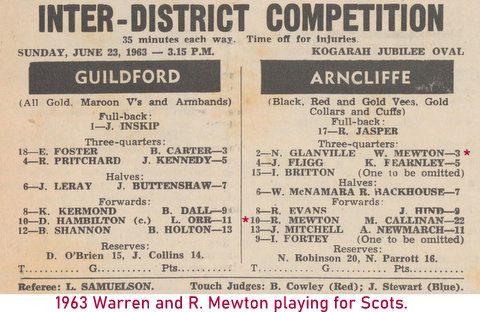 Warren and his brother Robert playing in the same team in 1963. 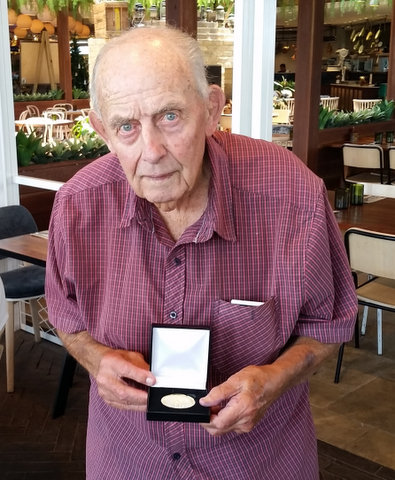