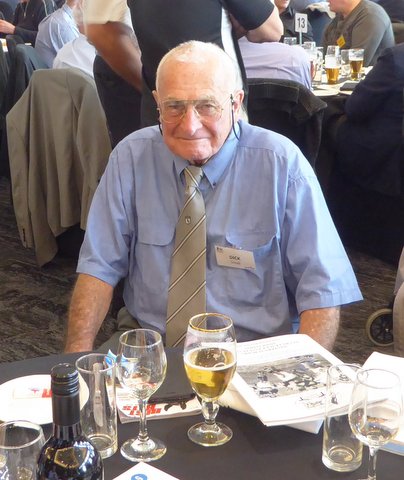 Dick Small was graded at Wests in 1957 he played 2 Reserve and 8 Third grade games that year. 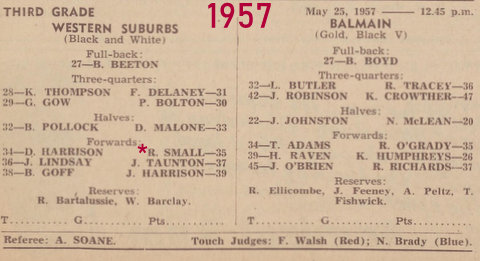 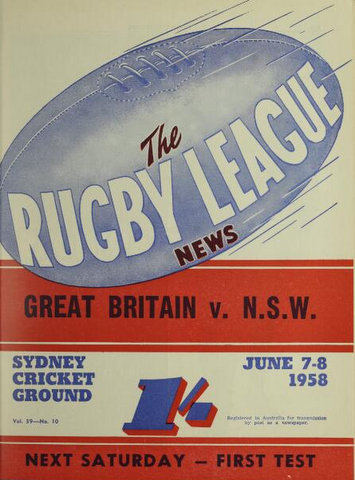 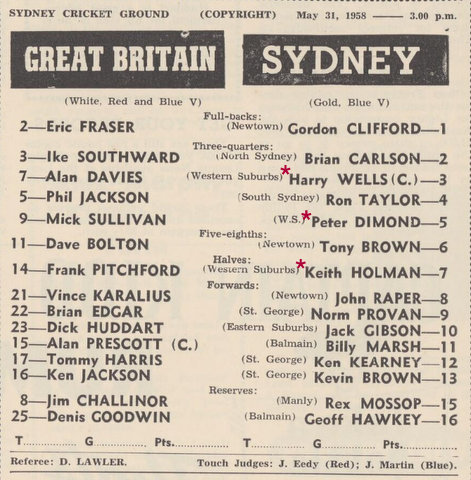 The Semi was played before the Great Britain V N.S.W. game. 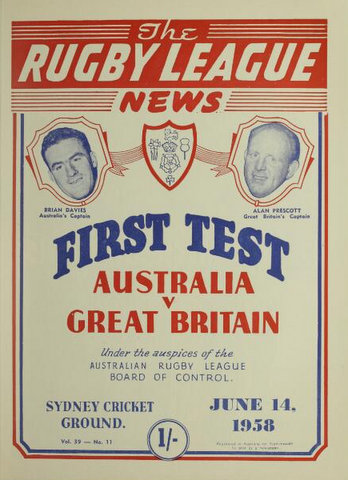 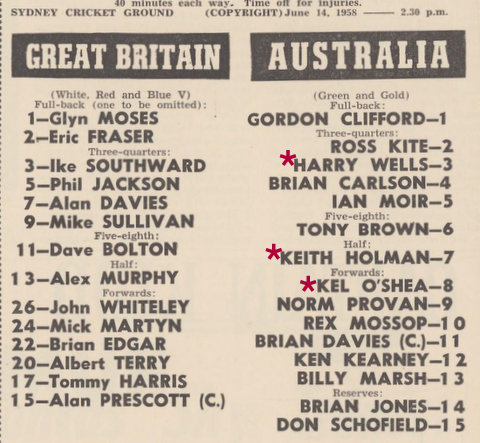 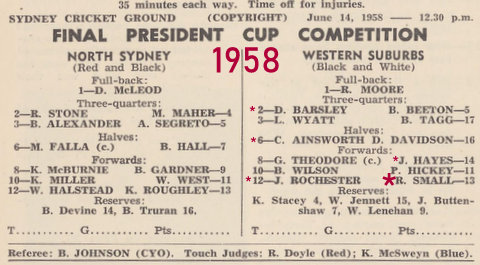 The Final was played on the 14th June at the SCG before the First Test GB v Australia.

In 2018 the team was honoured at the PPM Reunion on the 60th anniversary. 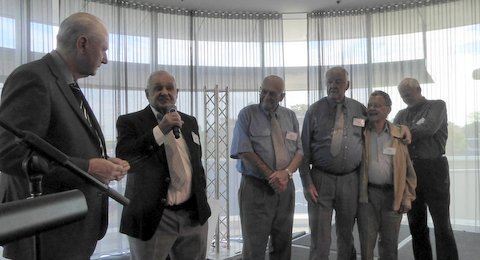 Dick went back to grade at Wests and played in 10 Third Grade games that year. 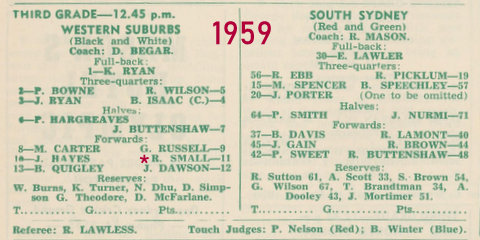 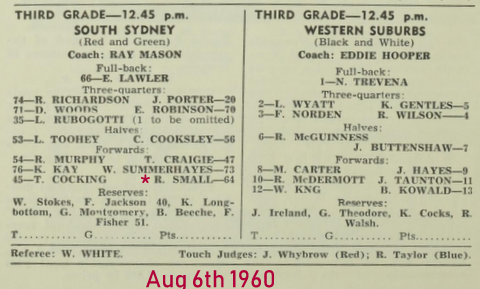 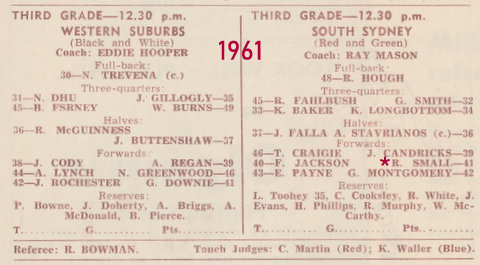 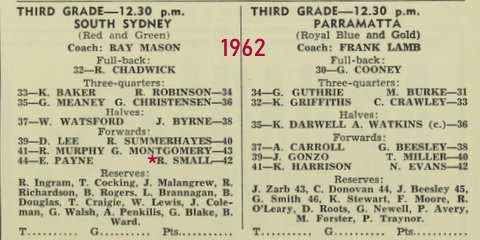 In 1963 Dick join Penrith and played in the new Second Division Competition for 2 seasons.

In 1963 the Competition was then called The Inter – District Competition. 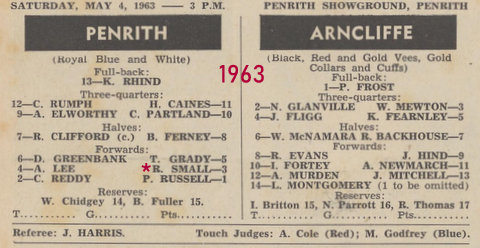 The Penrith and Arncliffe Scots game was played at the old Penrith Showground. 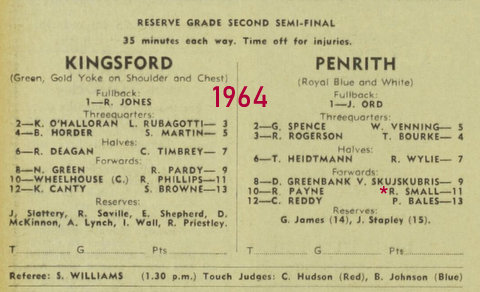 In 1964 Dick was playing in the Penrith Reserve garde team that reached the Semi Final and Final. 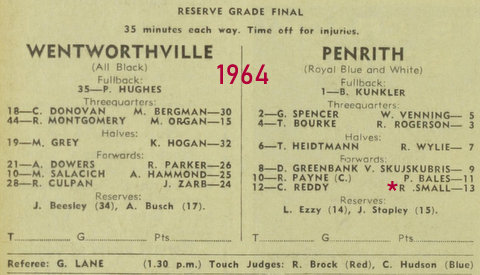 Unfortunately for Dick and his team mates Wenty 12 beat Penrith 9.

Dick at the age of 30 made a comeback and Capitan coached the Ryde – Eastwood Reserve Grade Team. 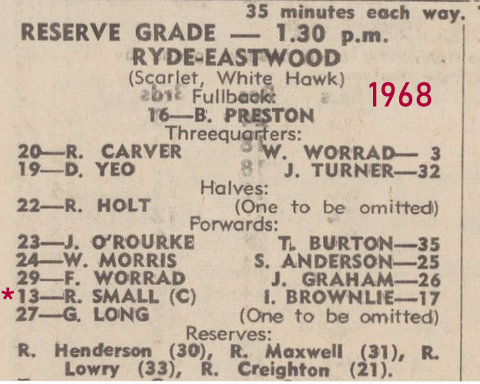 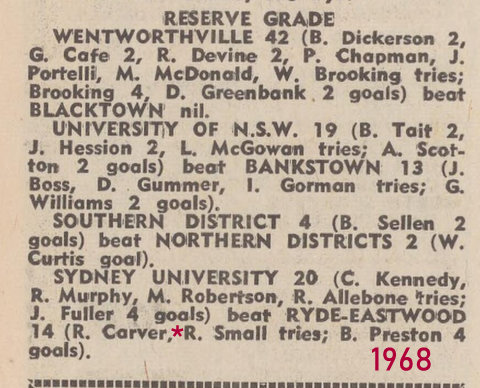 Dick was a regular at our Reunions & had been intending to attend the 2019 function. 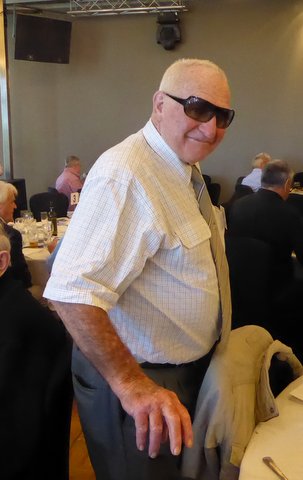 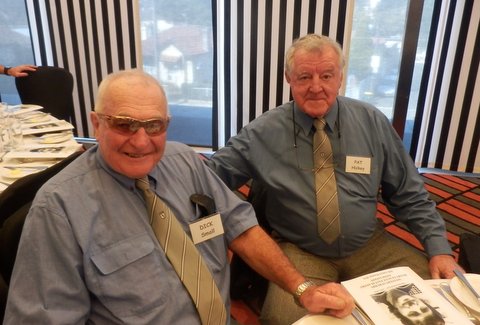 Dick outside the Maroubra Surf Club with his PPM tie on.

NOTE. Thanks to Michael Curin from Souths History for his help with this Vale.