Doug came to Wests from Northern Suburbs in Newcastle in 1958 & stayed until the end of season 1960.

Playing in 28 first grade games in that time. 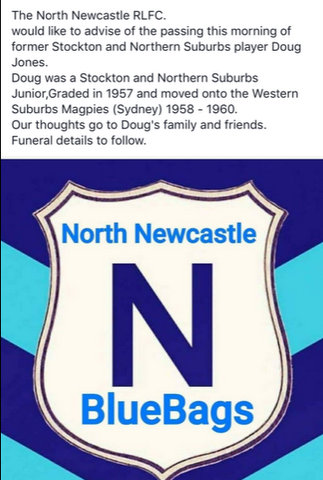 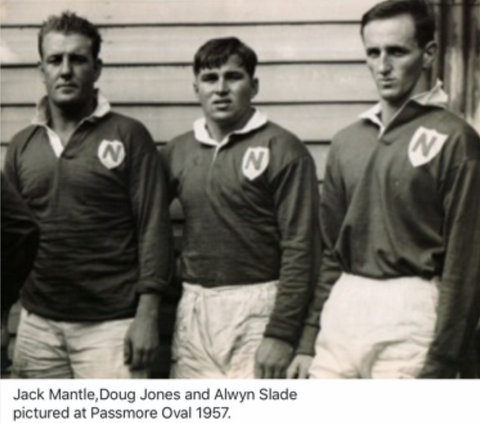 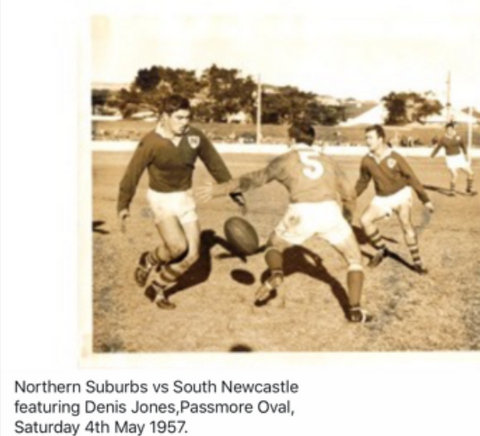 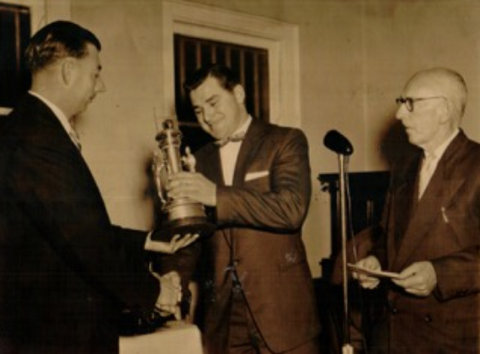 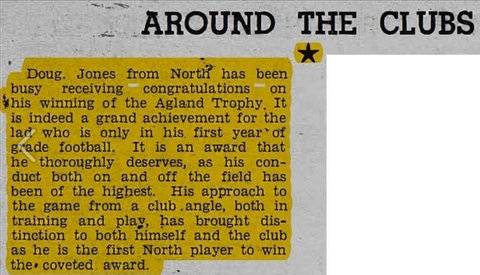 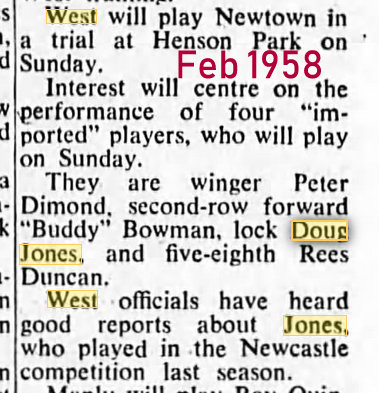 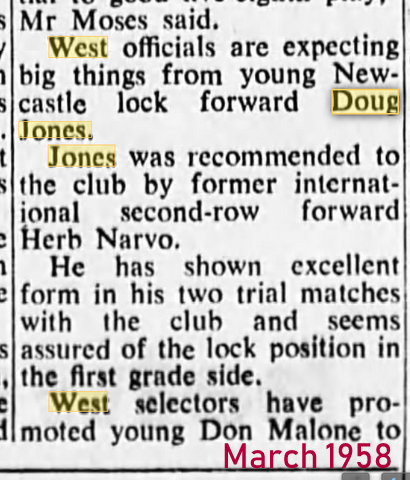 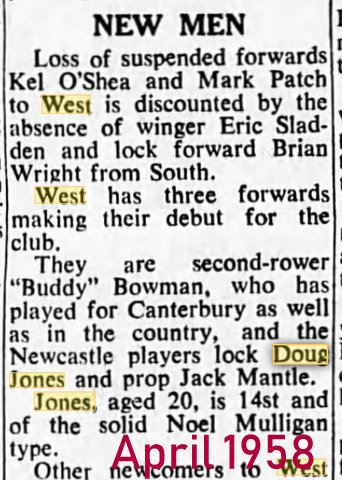 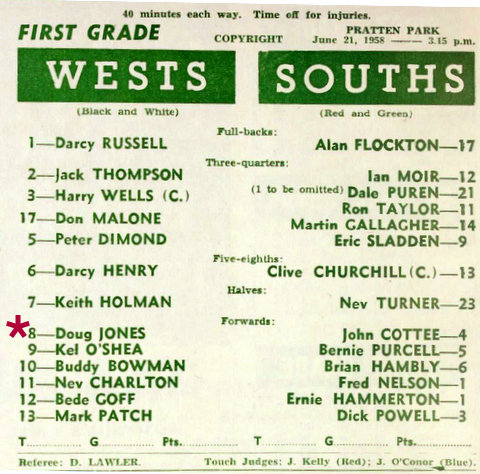 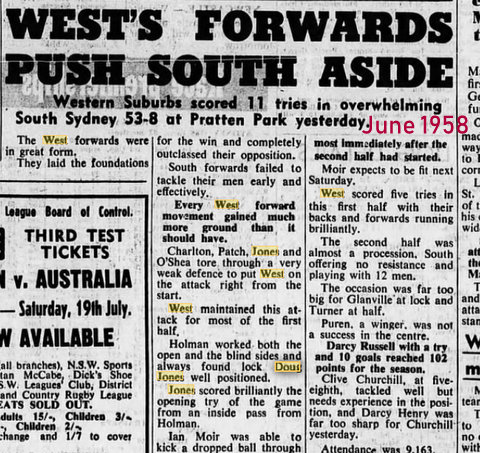 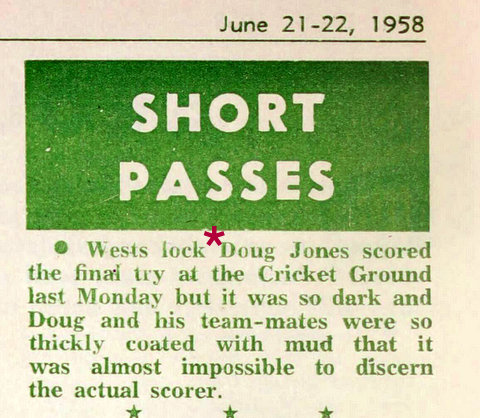 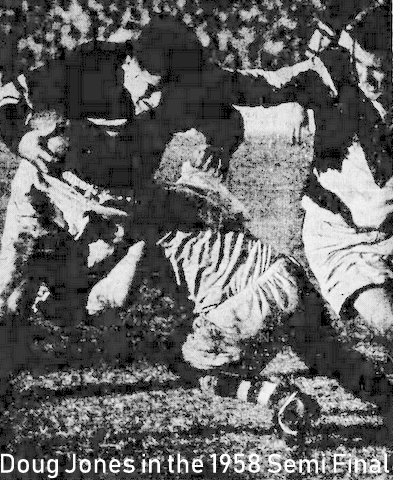 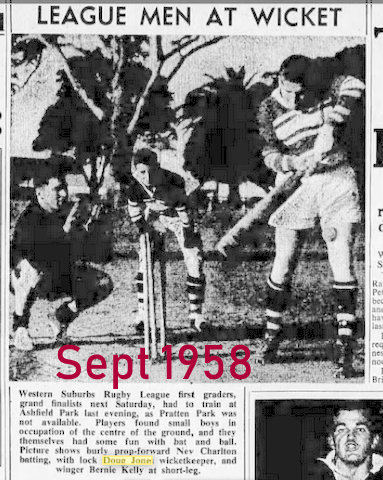 Doug as wicketkeeper at Ashfield Park.

The above photo taken at Pratten Park at Wests last training run before the Grand Final. 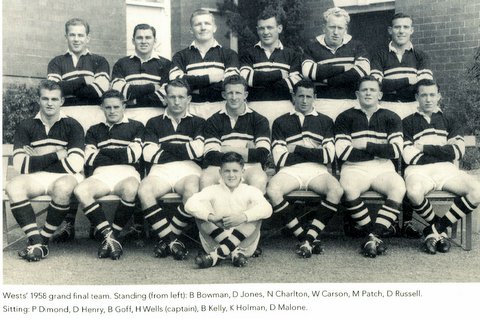 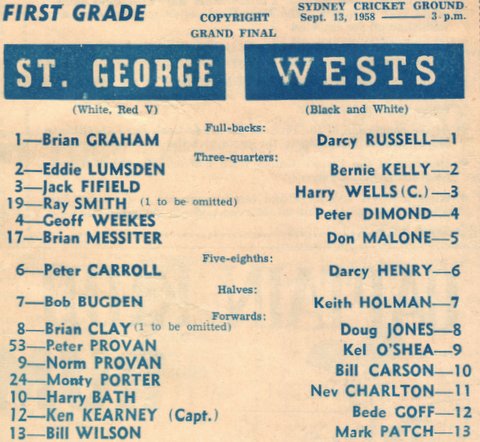 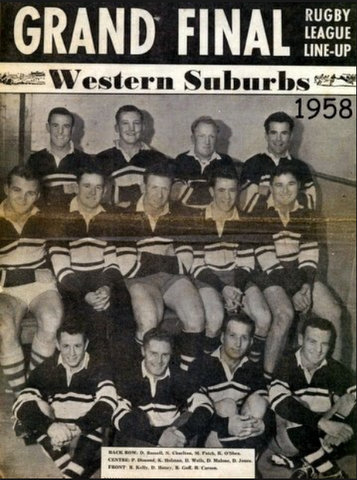 Doug is first from the right middle row. 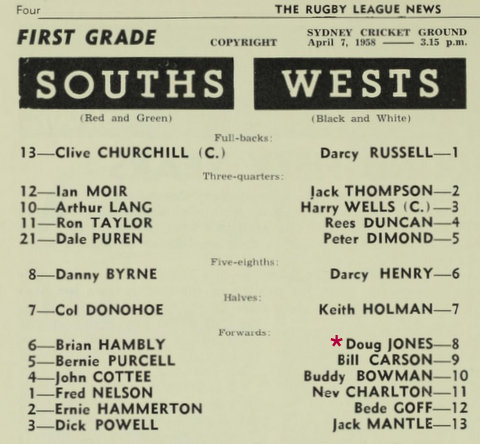 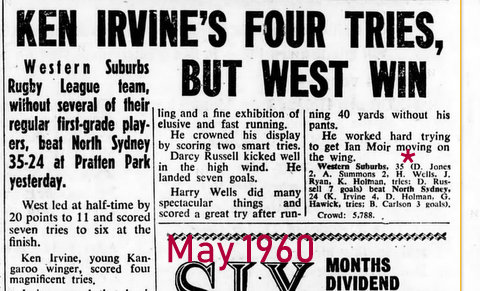 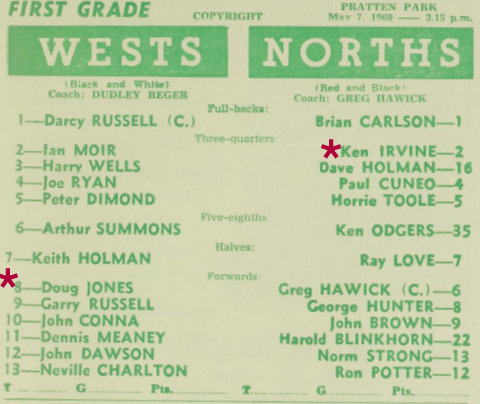 Doug played in the Reserve Grade semi – final in 1960. 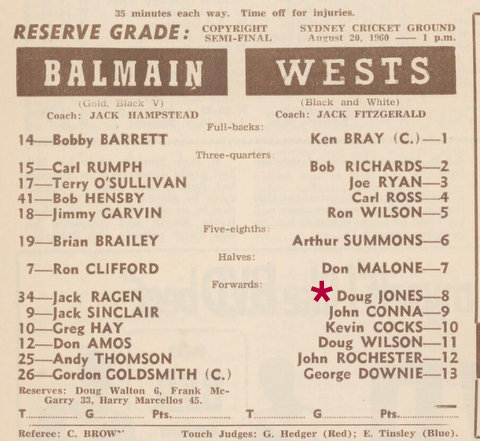 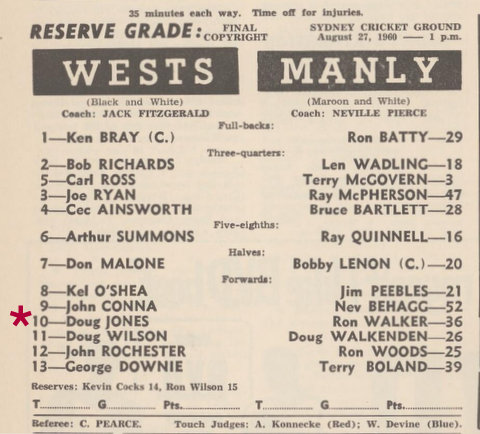 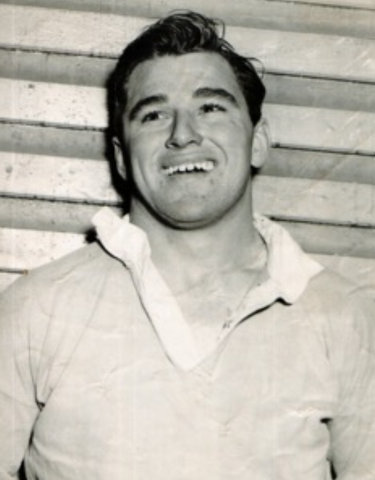 Doug Jones or Jumbo Jones to his mates also flew planes it appears…….see below. 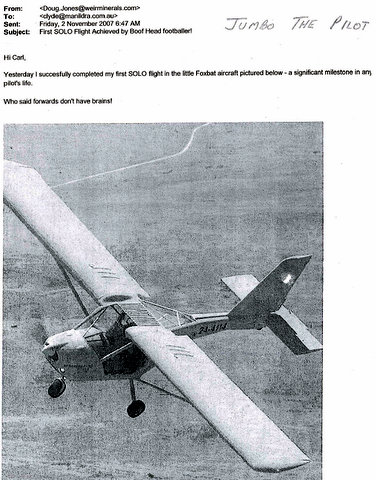