During this time he played 8 First Grade games which included the winning State Cup Final. 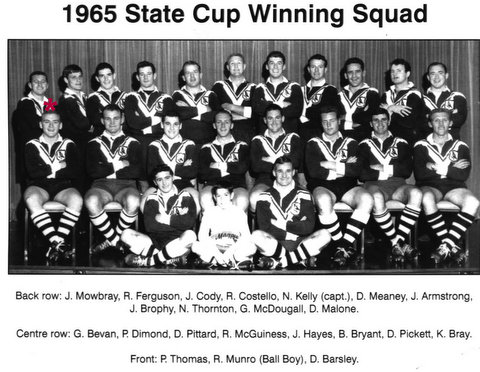 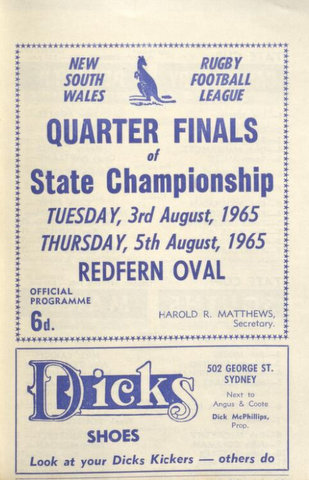 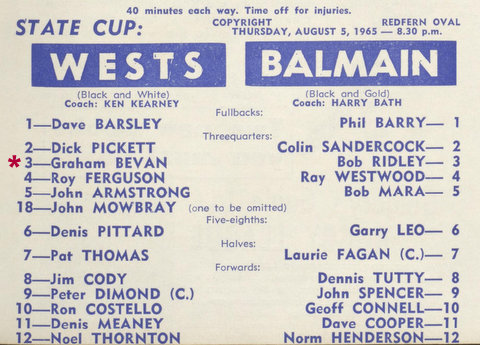 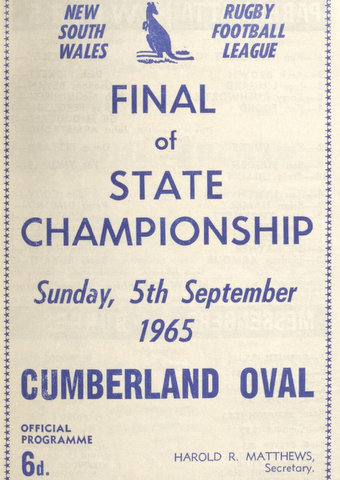 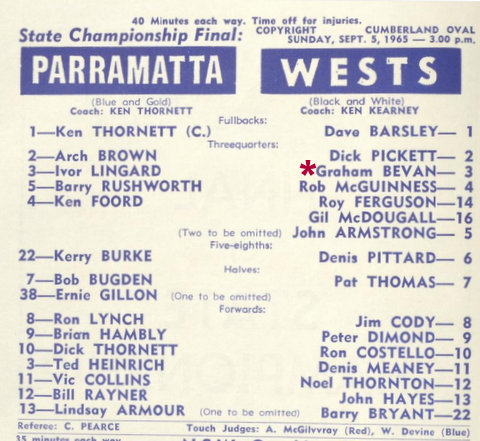 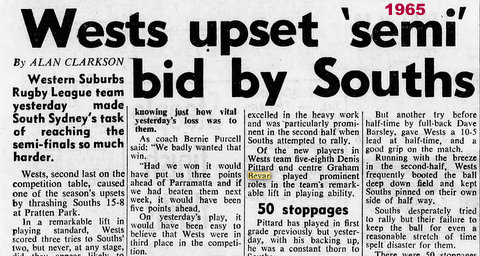 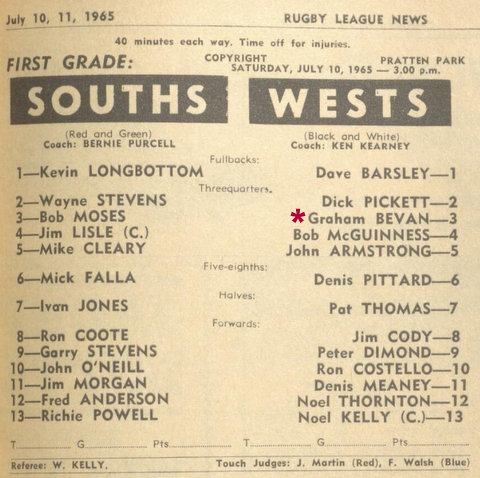 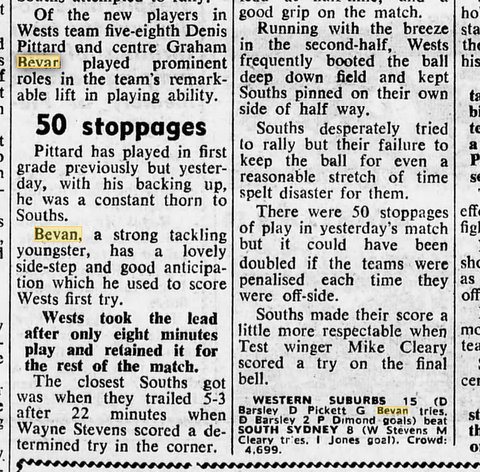 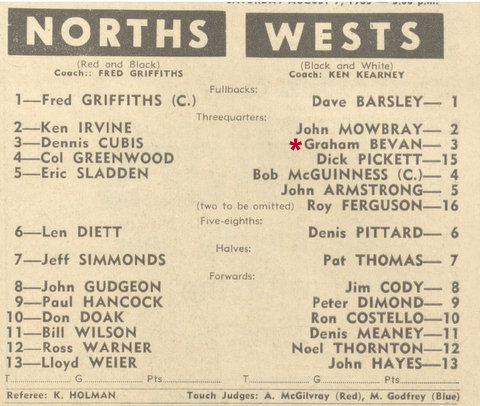 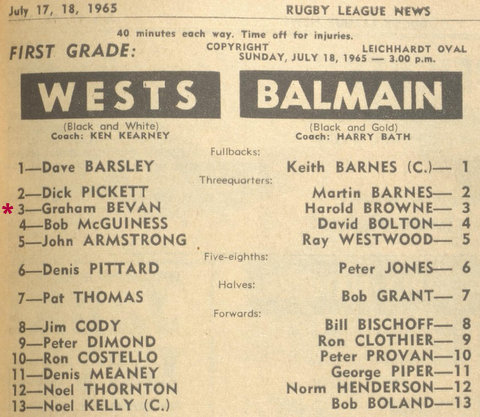 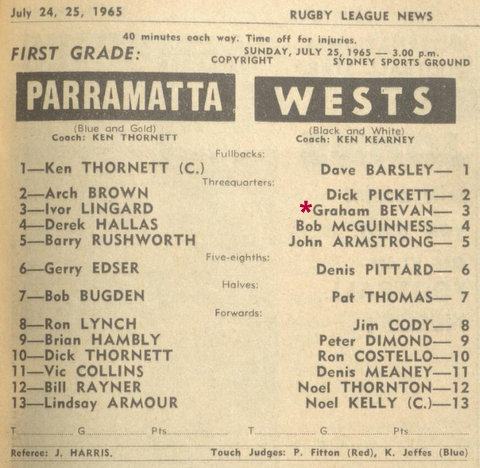 The tribute below to Graham Bevan is taken from the Cairns Post newspaper.

Friends and family paid tribute to former Atherton Roosters five-eighth Graham Bevan at a funeral service in Cairns on Tuesday.

The Eacham District Rugby League senior premiership-winning captain-coach passed away at age 73 last week after a long battle with cancer.

Brought to the Roosters for the 1974 EDRL season by then president Tom Eales.

‘Bevo’, as the players called him, was remembered for being a great rugby league strategist and an even greater taskmaster.

He led the Roosters to its only back-to-back premiership triumph in the club’s 100-year history, taking teams of young and inexperienced players to victories over strong Malanda and Mossman combinations in 1974 and 1975.

Former Roosters teammate Dennis Penshorn said Bevan was a “one-of-a-kind” footballer who had an immediate impact upon arriving at the club.

“He was a great tactician — he really did understand the game of rugby league,” he said.

“Whereas training up until then had been a pretty casual affair, when Graham took over it became very serious. He was serious about his fitness, skills training and his technical work

Penshorn described Bevan as a “one-of-a-kind player” who broke the mould of what was expected of the five-eighth position at the time.

“He was very strong in the upper body and he tackled chest on,” he said.

“Normally five-eighths didn’t do that sort’ve thing and were covered by their second-rower.

“He was also very quick on his feet and had a sidestep. He was in the Bobby Fulton mode in attack, but there wasn’t a five-eighth who defended like him — he was pretty much in a category of his own in that respect.”

A strong disciplinarian who knew what it would take to win a premiership, Bevan was prone to removing his mouthguard and giving his players a spray if he felt they weren’t performing to his expectations.

On one occasion, he even forced one of his own teammates from the field after a poor choice of pass.

“He threw this overhead, basketball-style pass and it went astray,” said Penshorn.

“Graham said to him ‘don’t do that again’, but about ten minutes later he repeated the performance.

“So he pretty much sent his own player off. That type of pass just wasn’t in Graham’s training manual.”

In the mid-1960s, he played for Sydney’s Western Suburbs Magpies and was part of a touring side that travelled to North Queensland and Papua New Guinea.

Penshorn remembers reading about him at the time — 10 years before the two would become teammates at Atherton.

“This is a direct quote because I remember it very clearly —

it said, ‘brilliant in attack and defence, this young man will play for Australia’,” said Penshorn.

“That’s how highly regarded he was back in Sydney. He played with many players who played for Australia and the club had a very high opinion of him.

“For what reason he never followed it up, I couldn’t tell you.”

In his career, Bevan also had stints with the Newtown Jets, Wynnum-Manly Seagulls and Ingham Lifesavers.

After his double-premiership success with Atherton, Bevan moved to Cairns Brothers in 1976; however, it only lasted a year with the club struggling to accommodate his coaching methods.

Bevan would go on to live the rest of his life — by all reports, a quiet one — in Cairns.

He worked as a coach driver, transporting people to and from the airport.

According to Penshorn, Bevan only ever told one joke in his presence, but it was a good one.

“He said he’d gone from being a captain-coach to being a coach captain,” he said.

“It was great. The guys who knew him would be quite surprised to hear that.”

Atherton Roosters secretary Darryl Day said he was glad he managed to get Bevan along to a game during last year’s CDRL season.

“It was our 100th year so I was pulling out our old legends and getting them to hand out the guernseys to the A-graders before each game,” he said.

“He came along to our game against ‘Roos at Vico Oval last May and it was great to have him there.

“Everybody’s always spoken highly of him — he came here to win premierships and that’s exactly what he did.”

This is my favorite saying I use on special occasions when I think it is right.

“It is not the critic that counts, not the man who points out how the strong man stumbles, or where the doer of deeds could have done them better. The credit belongs to the man in the arena, whose face is marred by dust and sweat and blood, who strives valiantly… who knows the great enthusiasms, the great devotions, who spends himself in a worthy cause, who at the best knows in the end the triumph of high achievement, and who at the worst, if he fails, at least fails while daring greatly, so that his place shall never be with those cold and timid souls who have never known neither victory nor defeat.”