Peter Long’s first appearance as a Wests player in grade. 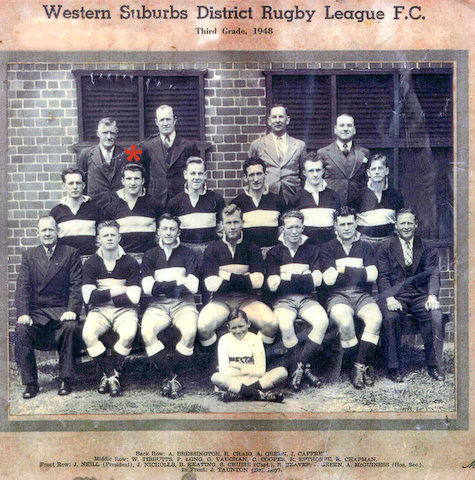 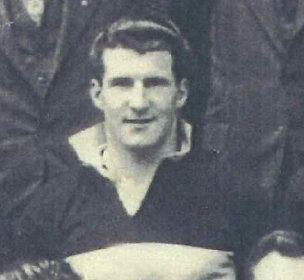 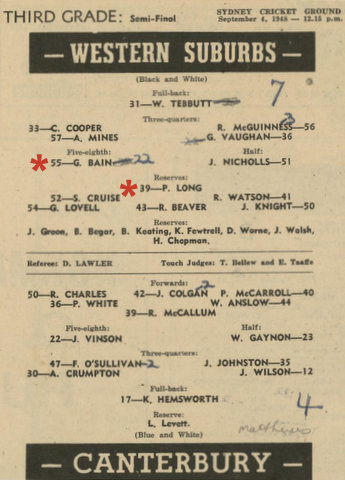 Wests were beaten by  Newtown the next week in the Final 31 to 9. 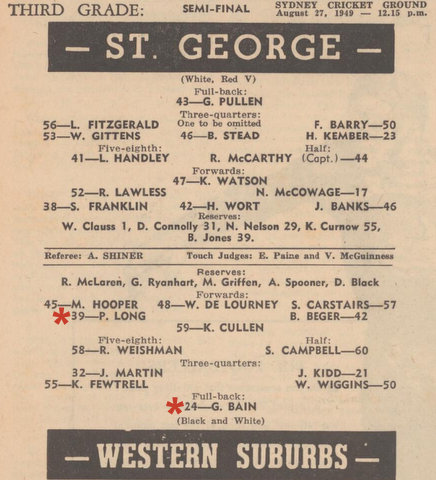 Below is a combined Reserves and Thirds Team that played at Berry on May 21st 1950. 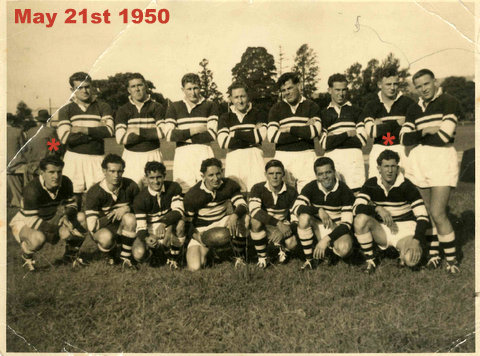 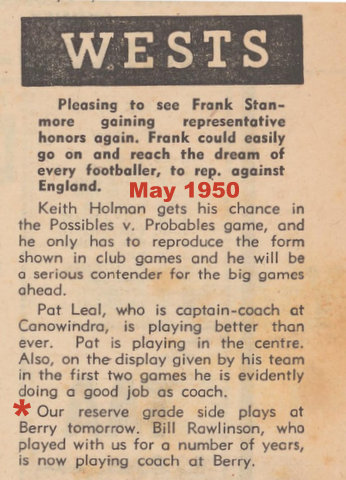 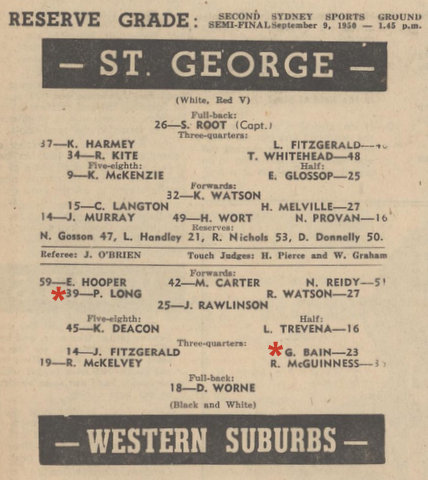 Peters best year at Wests was 1951 when he played 15 First Grade games and scored 4 tries. 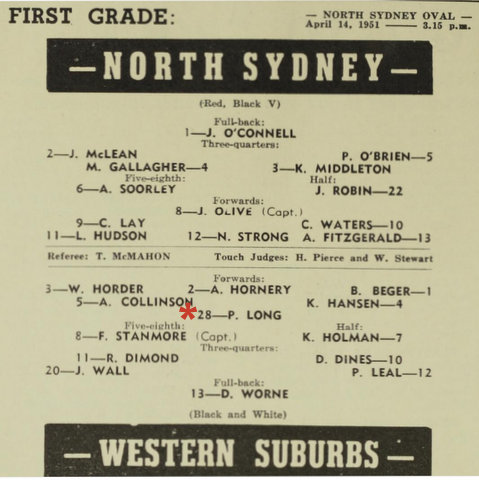 Game report from the SMH. 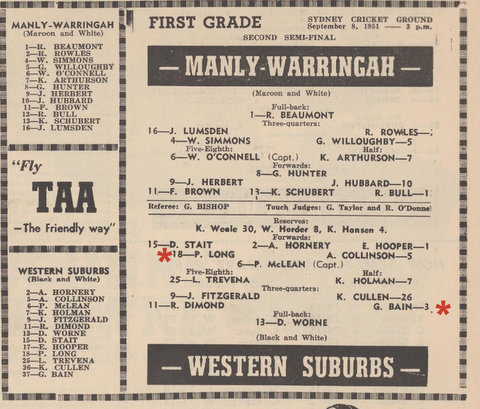 In 1951 Peter played in the First Grade Semi Final against Manly at the SCG.

Peter played in 5 Reserve Grade games until he broke his leg playing against Easts at Pratten Park. 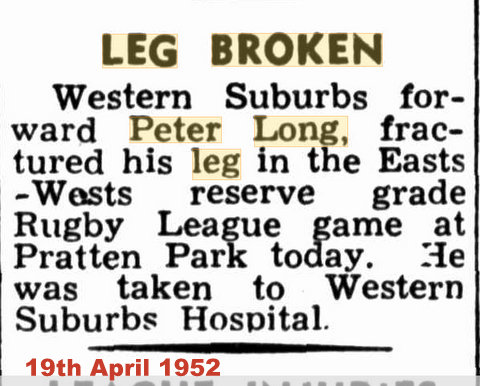 Story from the Sun newspaper. 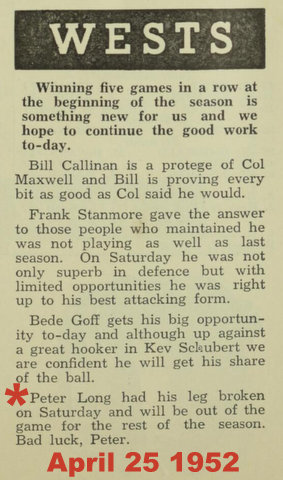 Note: All old black and white photos thanks to Wests Archives.