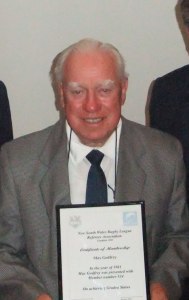 Graded into the NSWRLRA in 1961

In 11 seasons, he officiated in 93 First Grade touch lines.

He has the NSWRLRA member number of 534

Max was also a first grade cricketer for Cumberland. 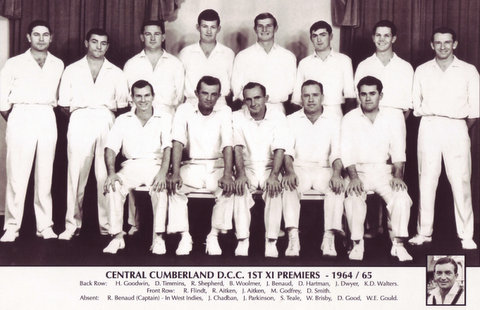 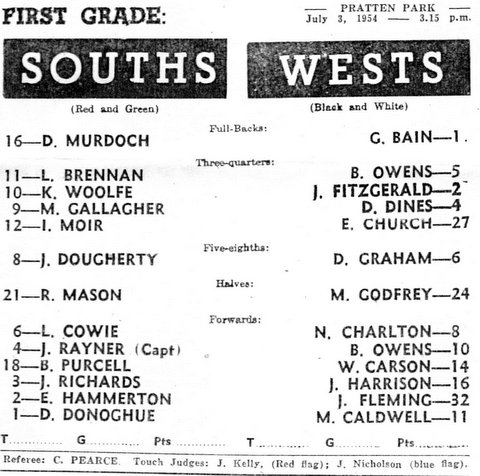 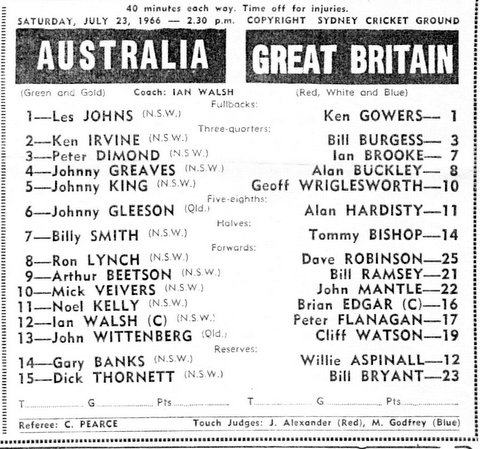 Max ran the line holding the Blue flag in this famous Test Match against the Poms.

Note: Col Pearce was the referee in both games. 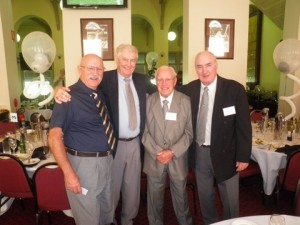 Max surrounded by his football mates at the 2012 Pratten Park Magpies Reunion.

Sash given to Max’s daughter (Julie) and son (Ken) from the Pratten Park Magpies. 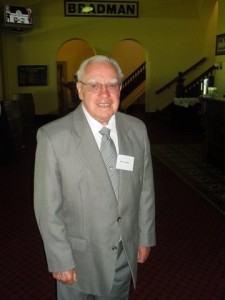