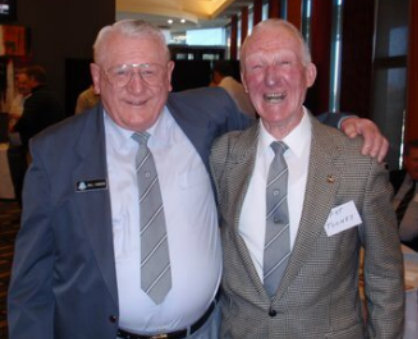 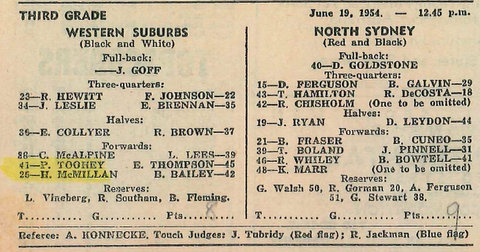 Also Pat gets a mention in the program. 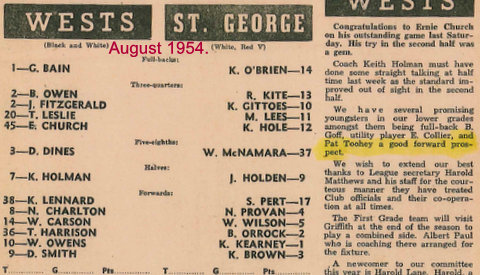 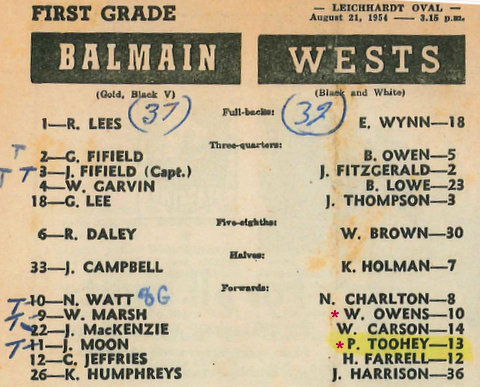 * Note W.Owens aka Billy and P. Toohey playing together in 1954. 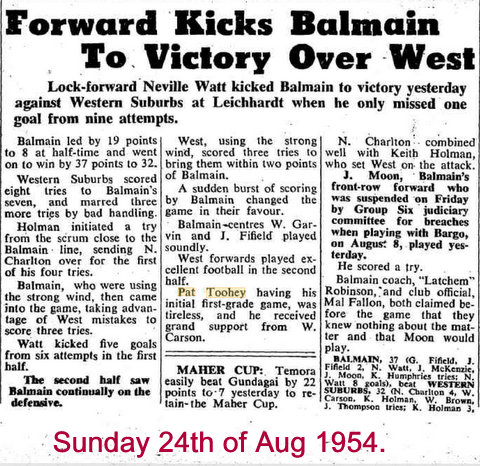 Pat gets another mention.

I found this game report from 1954. It is from the Lithgow Mercury newspaper. 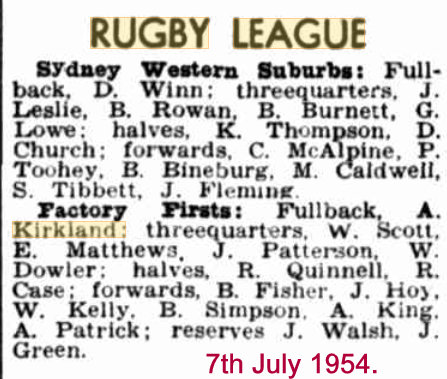 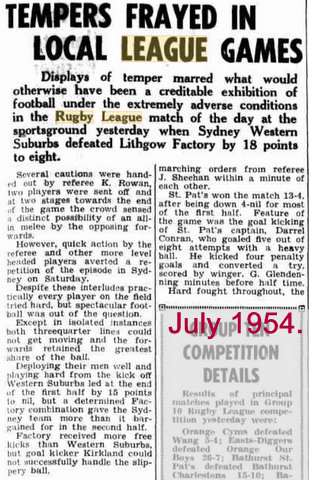 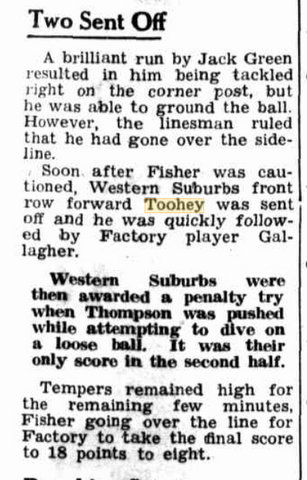