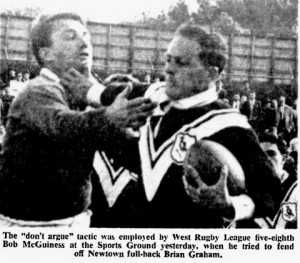 Former Wests Magpies centre, Bob McGuiness passed away recently, aged 71. Bob played 92 first grade matches with Wests in his seven seasons from 1962. He played in the famous 1963 Grand Final, when an after match photo of the mud-covered rival captains, was used as the model for the Provan-SummonsPremiership trophy. St. George won the 1963 Grand Final, beating Wests 8-3.ob’s team-mates in the Wests side for that match included Jack Gibson, Noel Kelly, Kel O’Shea, Peter Dimond and captain Arthur Summons, while his opposing centre was Immortal and Team of the Century member, Reg Gasnier. 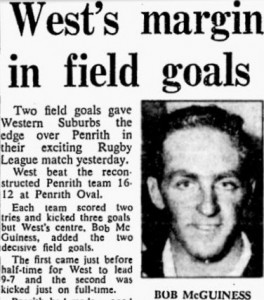 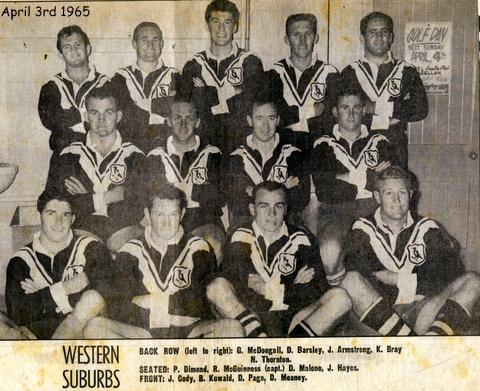 An Industrial Arts High School teacher, Bob became involved with the Australian Schools Rugby League team and in 1981 managed the side, while in 1982, he coached the team on their New Zealand tour. Among the many good players in the Australian schools team during Bob’s involvement were Andrew Ettingshausen, Ben Elias, Ricky Walford, Scott Gale and Paul Langmack. 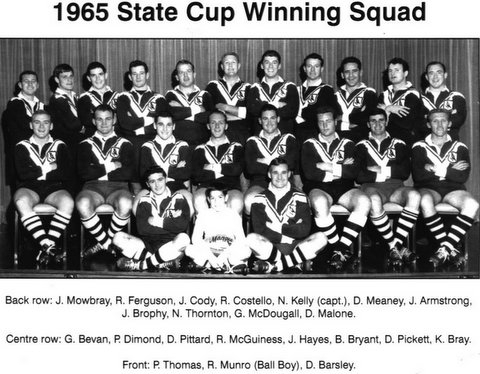 A local Wests junior, Bob grew up in Homebush and played junior football in the area before moving to grade as an 18 year old.

After his retirement he moved to the Tweed Heads area in  2000. Bob suffered renal failure and his funeral was at Chinderah on 28 April.

He is survived by his daughter Michelle, son-in-law Mick and grandchildren. 2014.