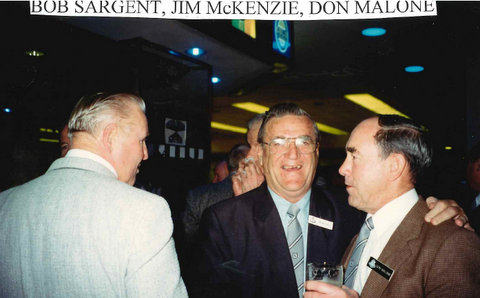 Jim McKenzie surrounded by mates at the 1994 PPM reunion.

According to the players records at the Wests Archives Jim played for Wests between 1952 and 1957.

Jim was a Wests junior who was first graded in 1952.

I found it very hard to find any info on Jim.

Below are a few stories from different newspapers about Jim’s Rugby League career. 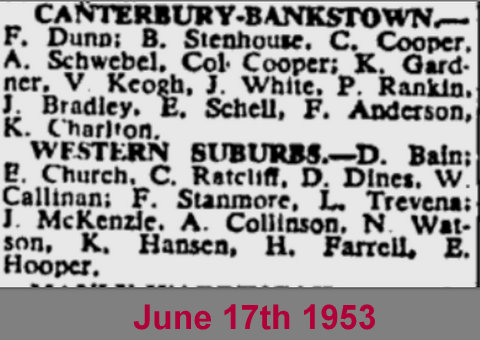 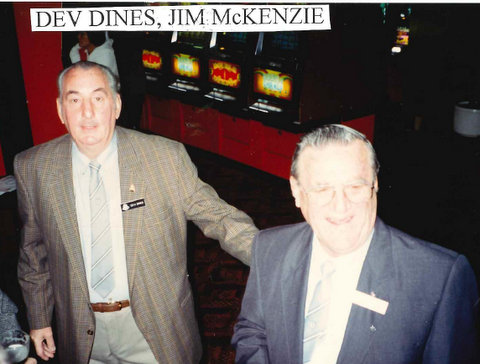 Old Team Mates get together at a PPM reunion. 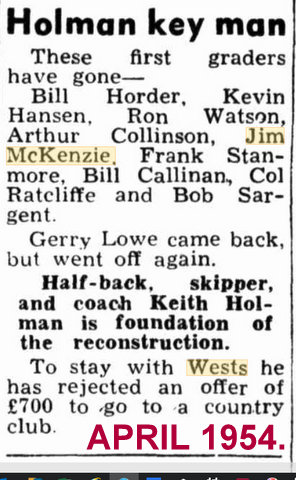 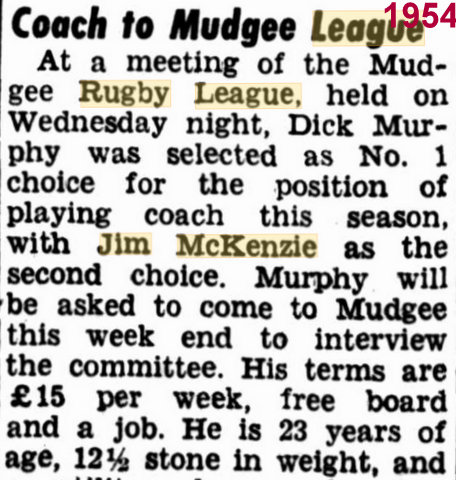 Jim ends up at Mudgee. 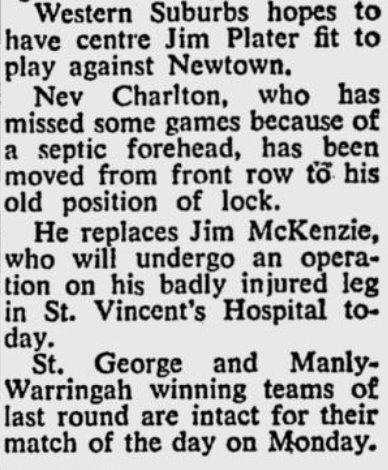