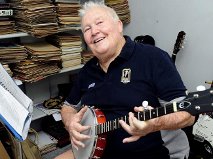 Neville was awarded the OAM in this year’s New Year’s Honours List, in part, for his services to entertaining older citizens in Homes and Retirement Villages on the Central Coast.

Neville has spent his later years living at Chittaway Bay.

He passed away late on Friday night, after suffering a stroke. Neville had fought a spirited battle against illness over recent weeks.

‘Boxhead’ was a nickname that Neville didn’t particularly like. However, it was bestowed by his team mates and rugby league fans as an honour; very much a badge of courage. 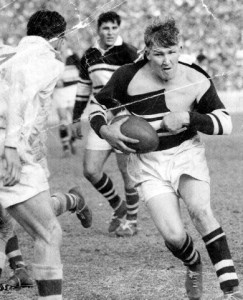 Neville was a fearless Player, who was generally regarded as the ‘best prop forward not to play for Australia’. Tough, mobile and an impressive ball distributor, Neville was also a strong leader, captaining Wests in the 1961 Grand Final v St. George. 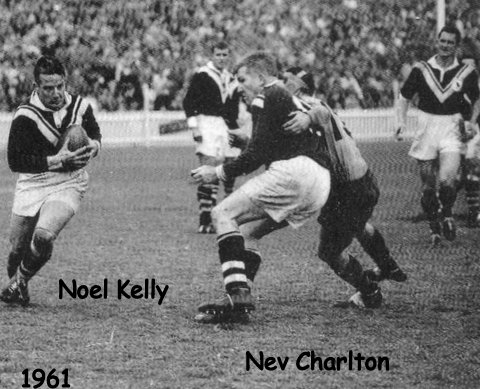 All the more remarkable when you remember that he played in a ten team competition, with only 18 games in a regular season. 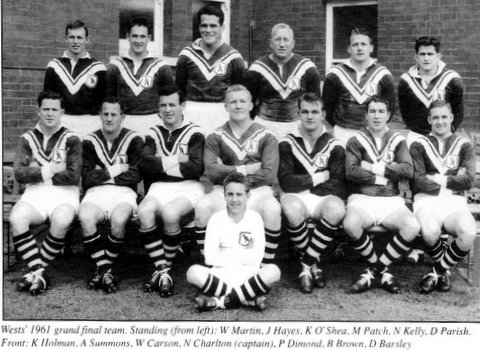 Nev was captain of the 1961 Wests Grand Final Team.

It could be speculated that Neville was overlooked for Australian selection due to his larger than life persona, certainly not his abilities.

Nev. rubbed shoulders with some of the greats at Wests during the Magpies ‘Millionaires’ period: Keith Holman, Kel O’Shea, Harry Wells, Peter Dimond, Noel Kelly and many more and will be sadly missed by one and all. 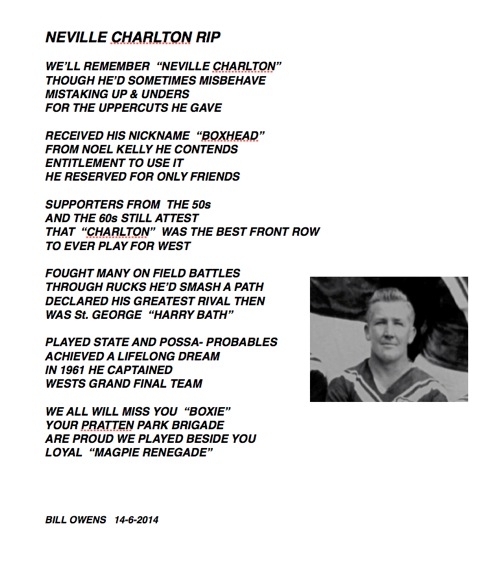