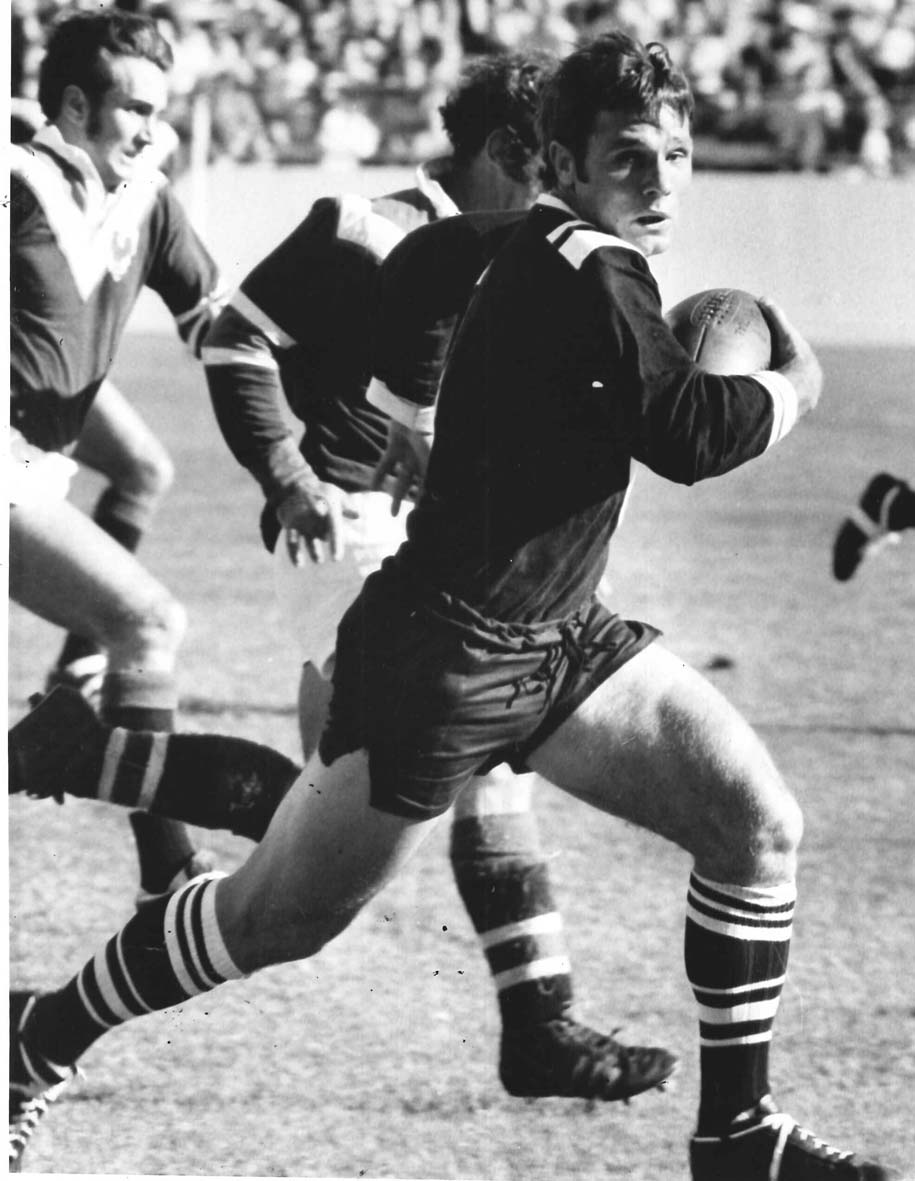 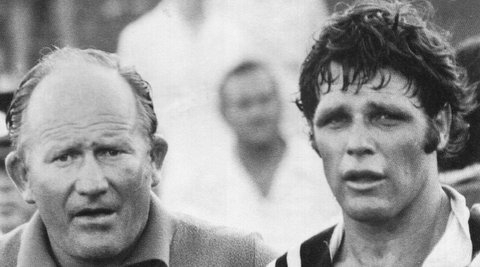 He played First Grade for Wests 1964-1971 being Captain for two years. 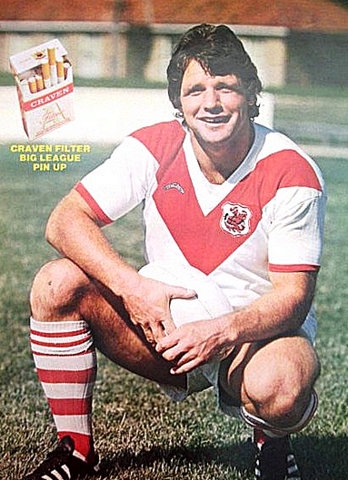 Roy in the St George colors.

Roy played 110 first grade games for the Magpies and 100 for the Dragons. 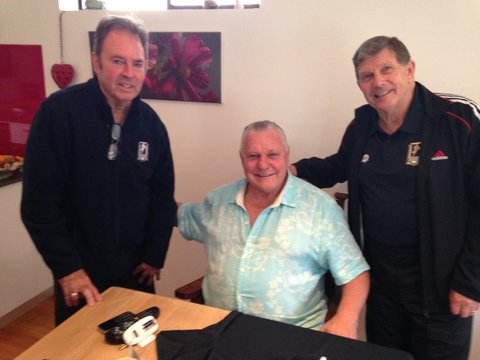 During his working life Roy was a Property Valuer with Department of Main Roads and also had a Brewery truck and Newsagency.
In late 2013 Roy had a stroke, he has short term memory problems.
Many tries were scored and tackles made during our visit with Roy.
He was presented with a Men of League Polo shirt and cap.

Thanks Alan and Co from the Pratten Park Magpies for visiting an Old Magpie. 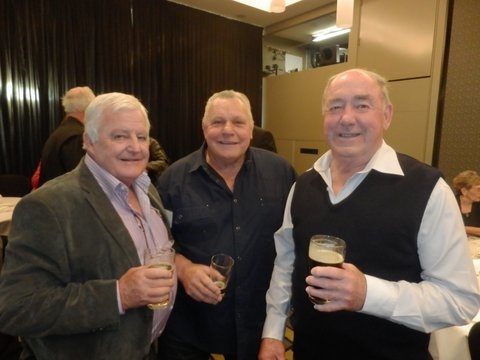 Photo taken in 2014 at an Pratten Park Magpies Function.