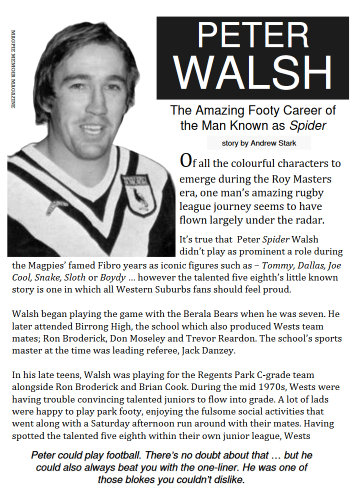 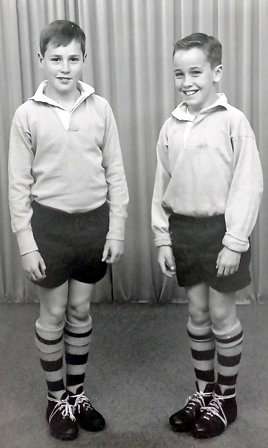 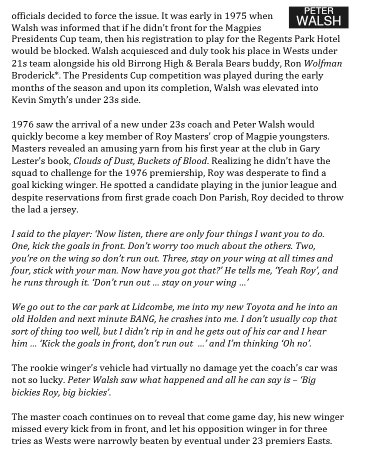 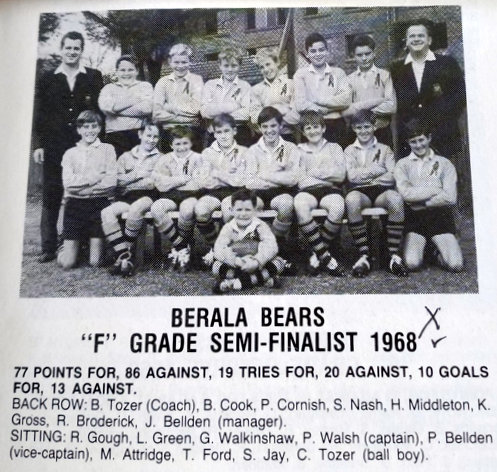 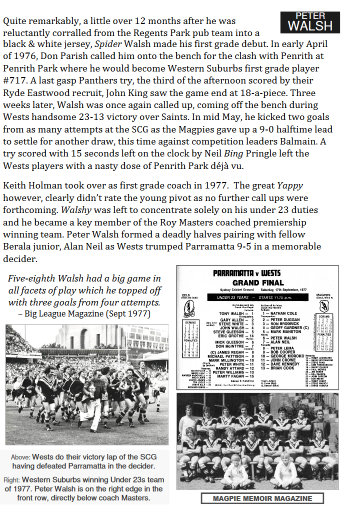 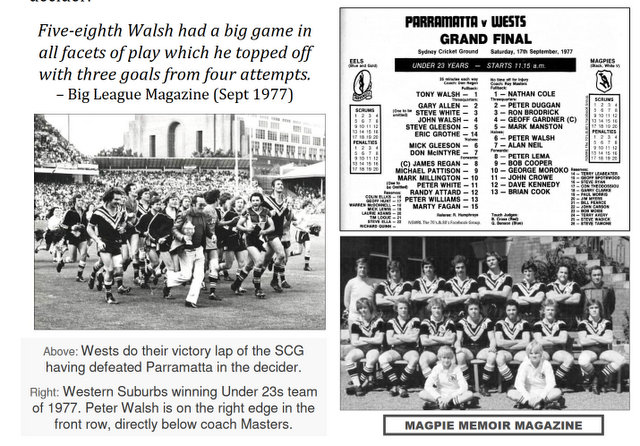 In 1978 Peter and the Wests Under 23’s once again made the Grand Final. 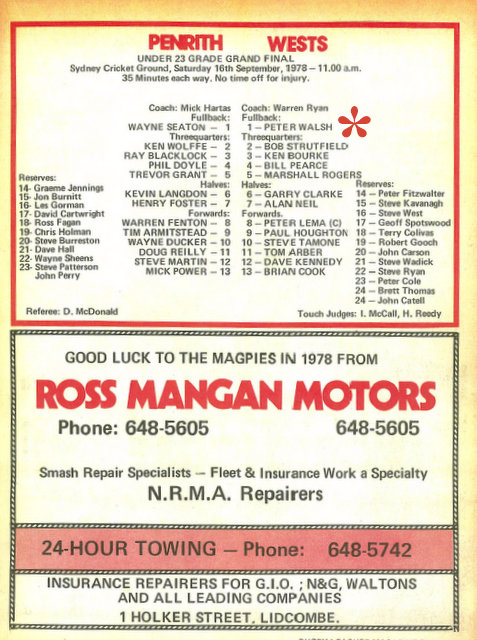 (Both 1978 GF images thanks to Bob Dickinson)

Unfortunately they were beaten by Penrith 23 to 5. 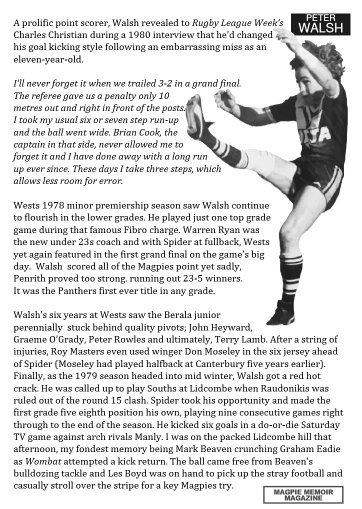 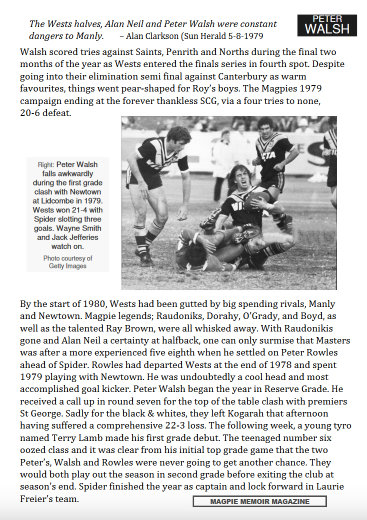 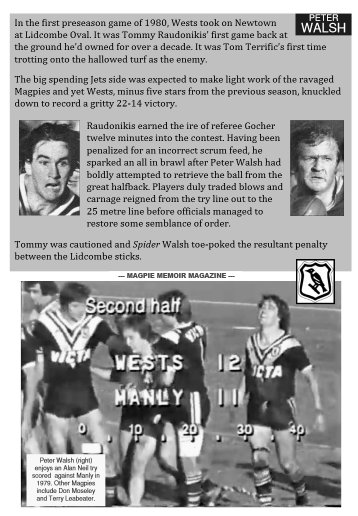 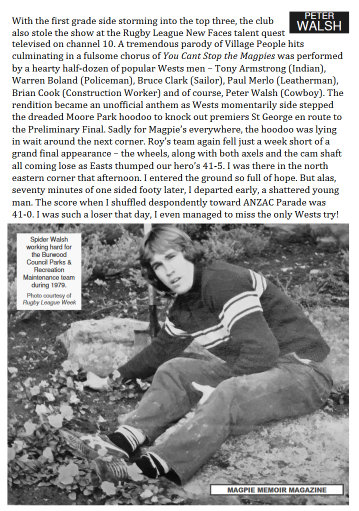 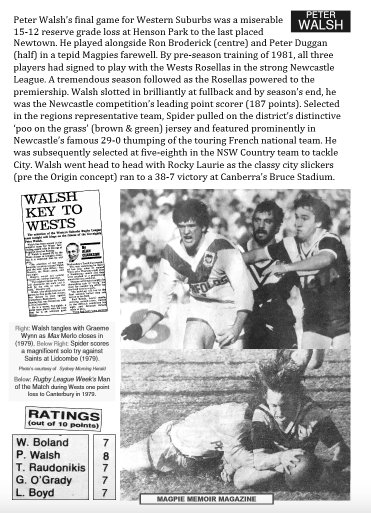 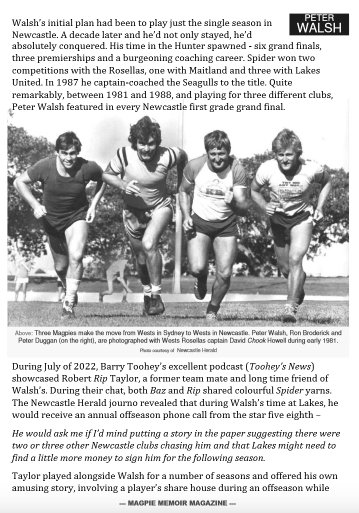 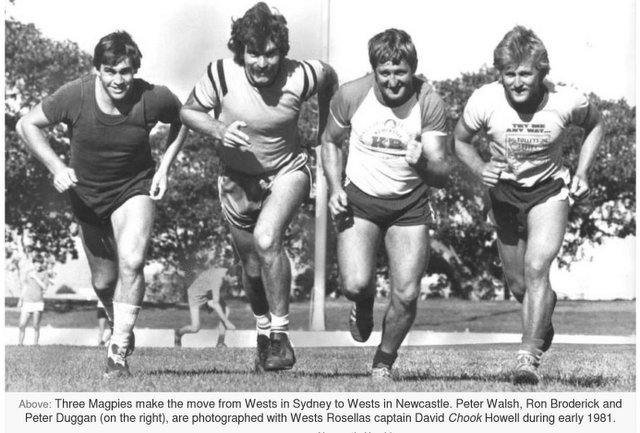 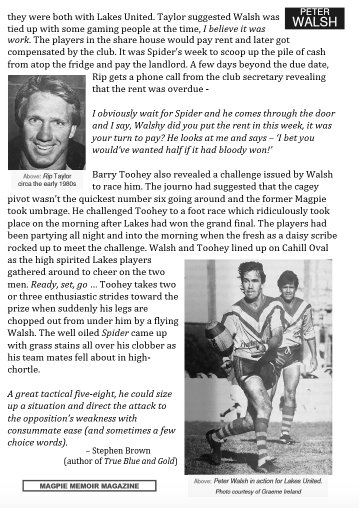 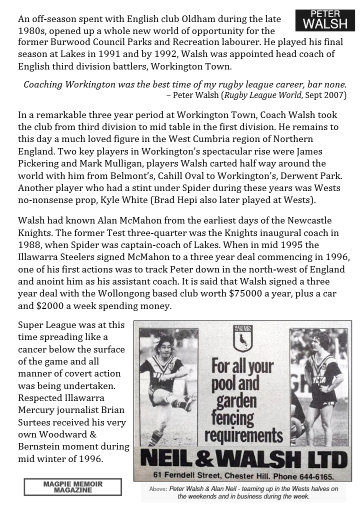 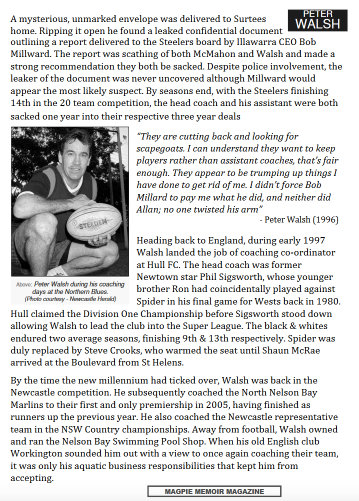 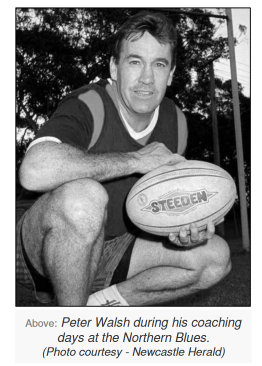 Below are the statistics from Peters six seasons at Wests

(Thanks to Geoff Ibbett)

Who is Andrew Stark I hear you ask…. 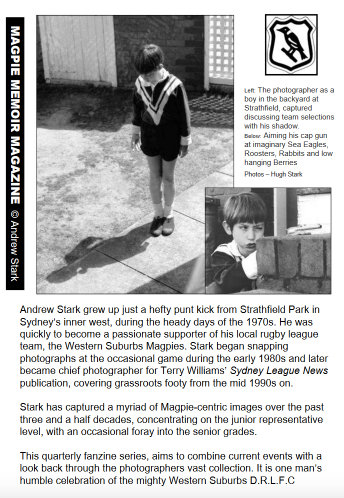