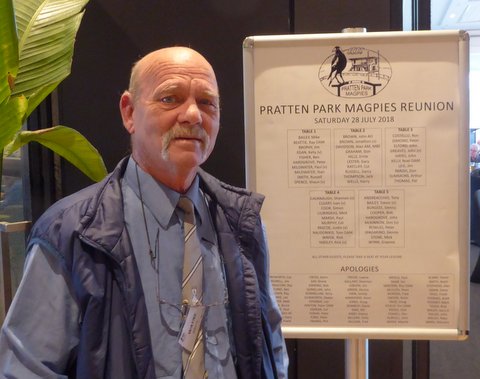 Wayne at the 2018 PPM Reunion
Pratten Park Magpies are saddened to advise that Wayne ‘Bugsy’ Merry passed away on Friday 4 November from cancer.
Bugs was aged early to mid 70’s.
‘Think where man’s glory most begins and ends, and say my glory was I had such friends’ – Yeats.