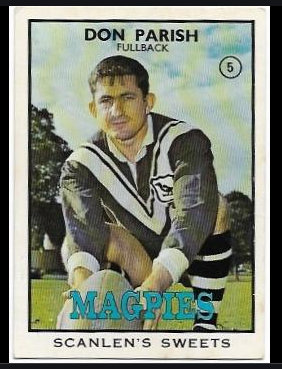 Don is a true Wests man. Joining the club in 1961, he was already an international having toured with the 1959-60 Kangaroos. 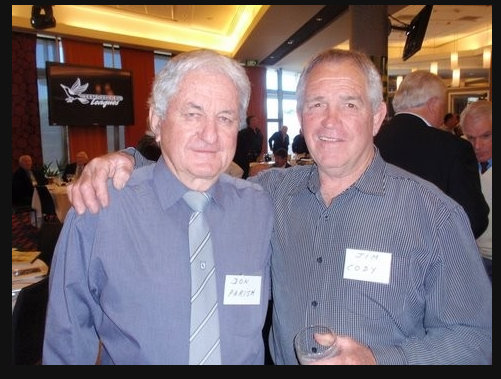 Don and Jim Cody at a PPM Reunion

Don has been a staunch supporter of the Pratten Park Magpies & our Annual Reunions. At a recent Reunion we had three generations of the Parish family present

We look forward to welcoming Don at our Reunion in July 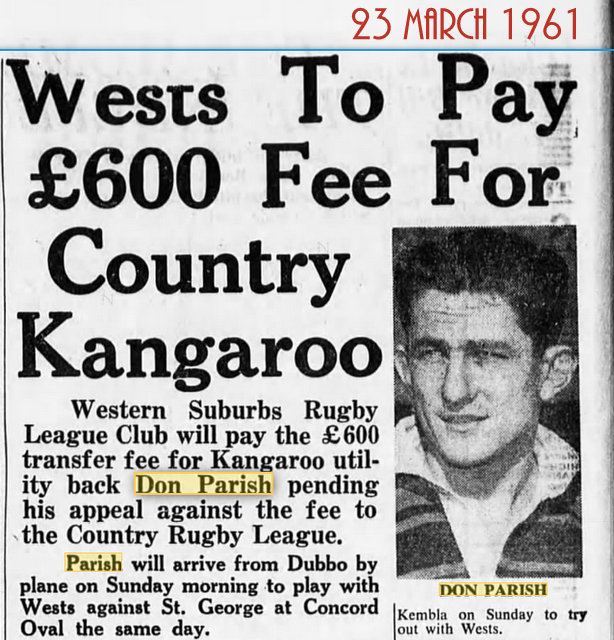