We have just heard of the passing of Jack Woods. Jack played for Wests from 1949 until 1951.

In 1950 Wests played Souths in the Final. Jack played in the centers along side Dev Dines. 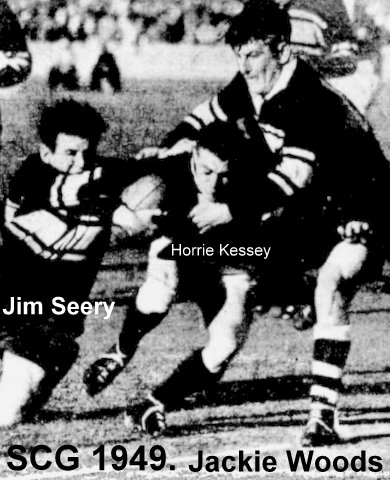 Jack had been a police officer, a corner shop operator, a butcher shop proprietor & a real estate agent. Was still a regular at his local gym & a keen bike rider into his nineties. 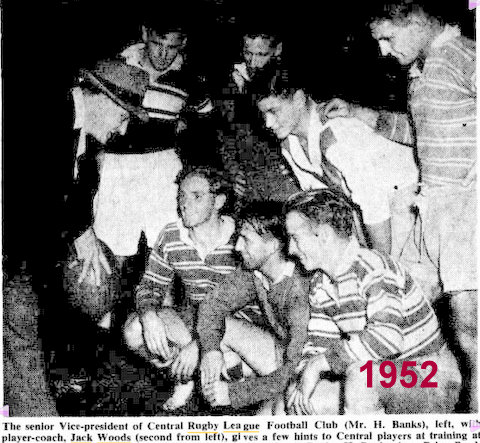 Jack in his old Wests jumper second from the left.

The family (son John, grandson Paul & granddaughter Katrina) were incredibly appreciative of our attendance & the memorial sash – the words were read out by the (police) Chaplain.

“We are the boys from Western Suburbs……..” was played as the crowd filed out at the end of the service.