A total of 50 games in all grades. 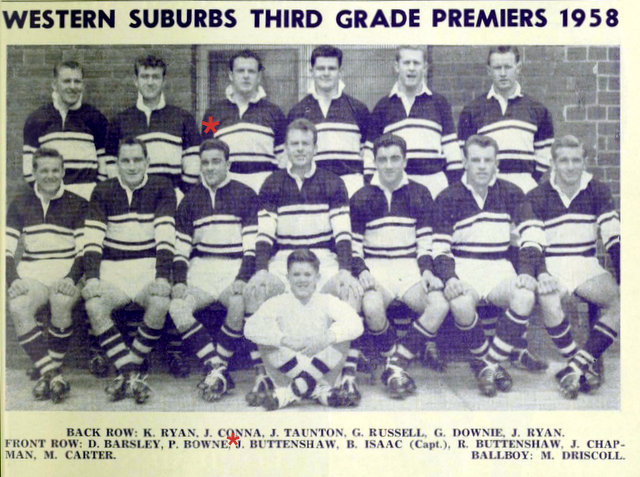 Unfortunately for John he was playing half-back at Wests when there were a few great half-back in front of him. 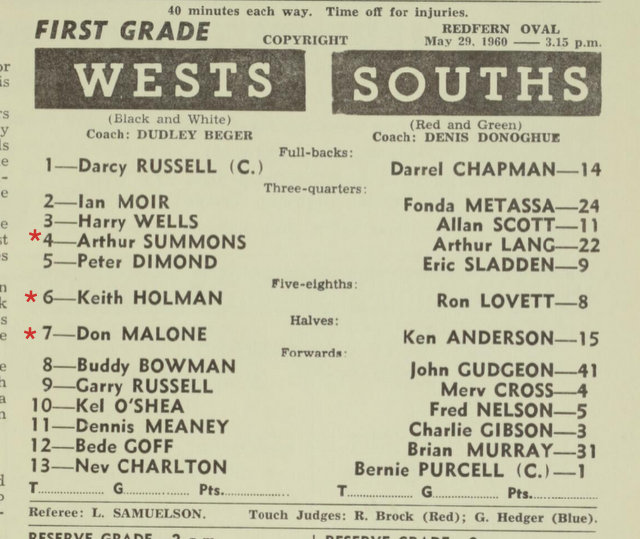 John and Roger playing in the halves

John was playing half back in Third Grade. 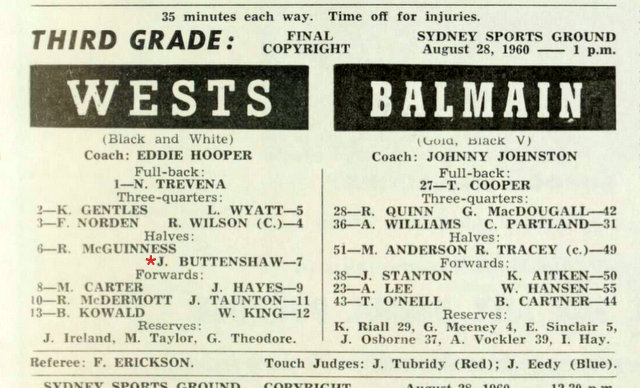 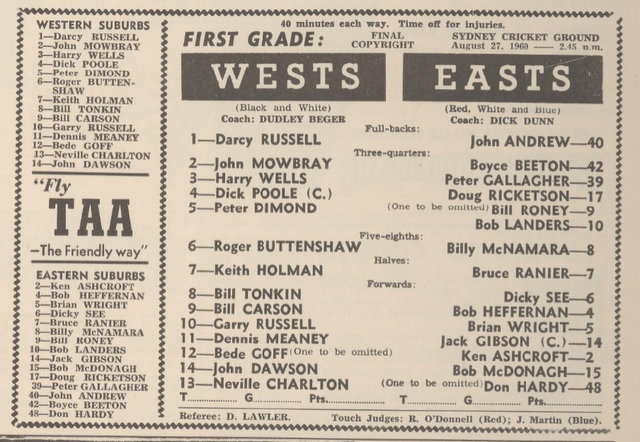 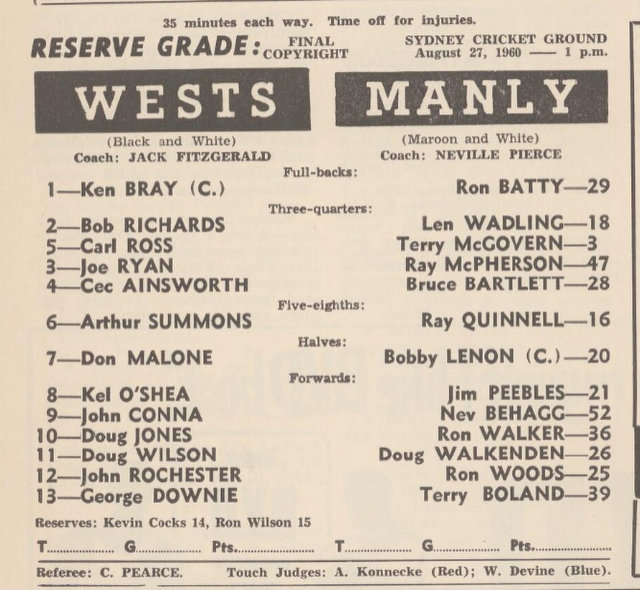