A total of 4 tries and 6 goals in all Grades 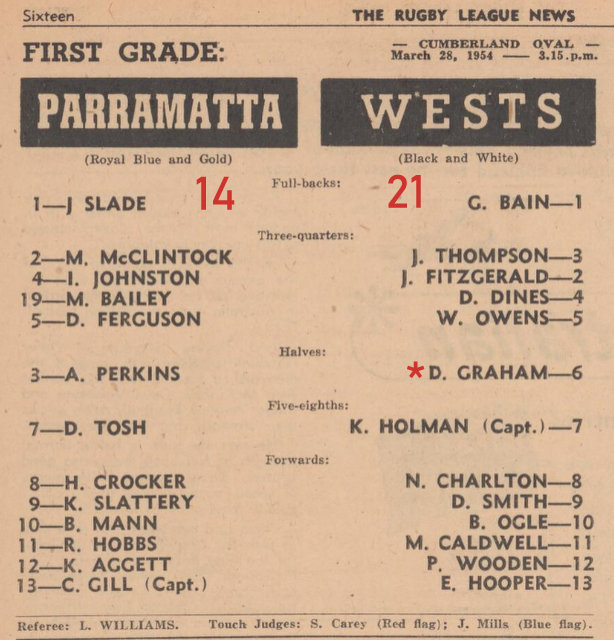 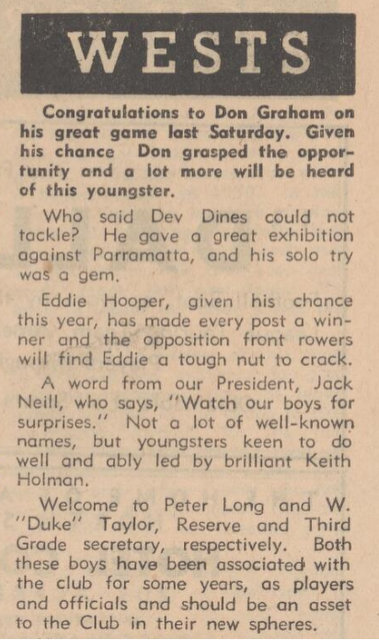 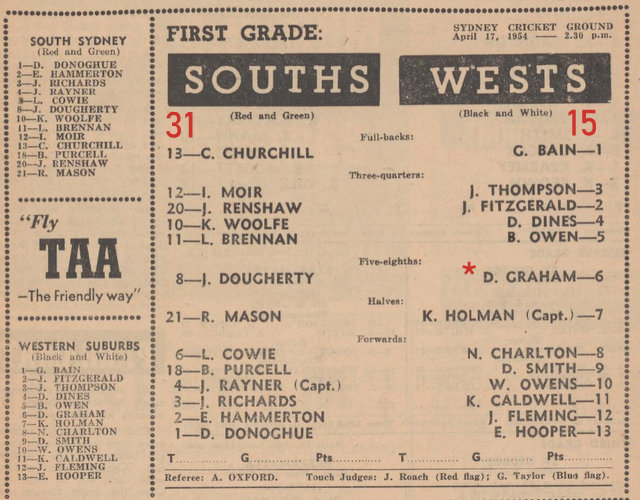 Don scored a try in this game against Balmain in 1954.

Note the game was played at Lidcombe Oval!!

And Don is looking for somewhere to live. 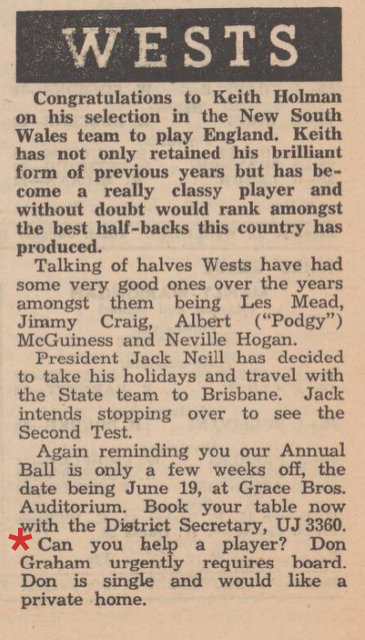 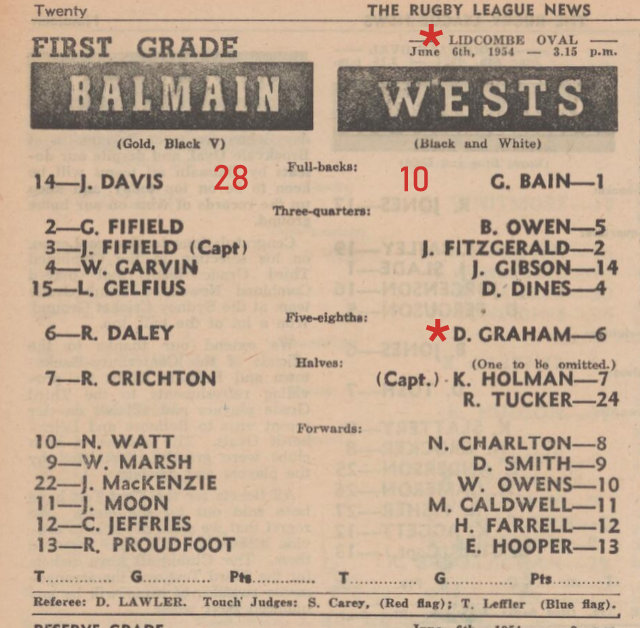 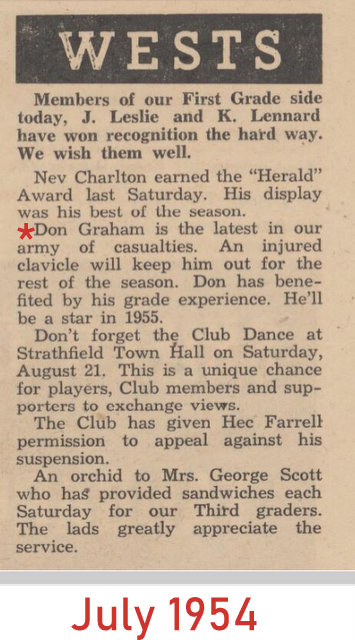 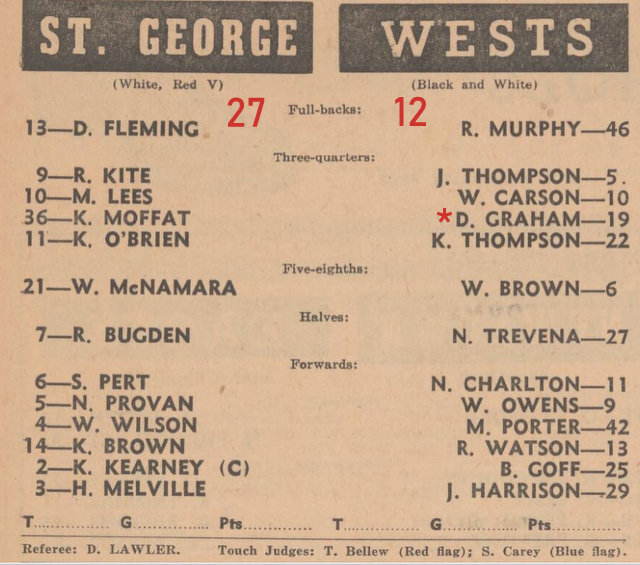 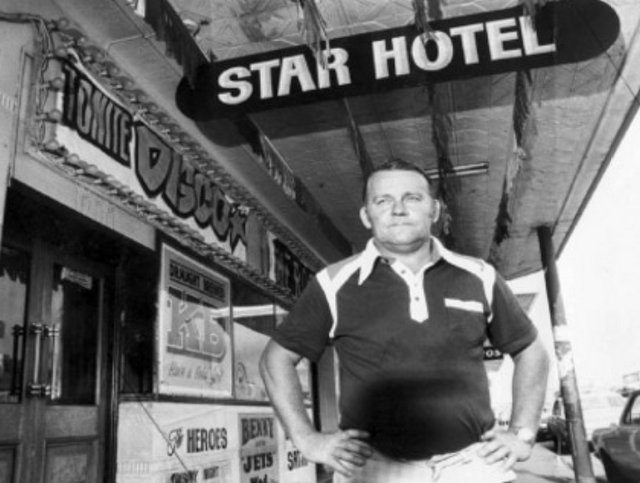 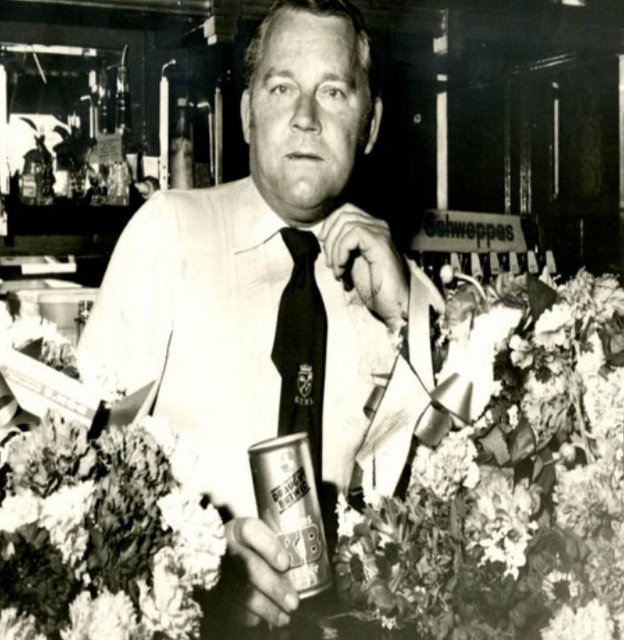 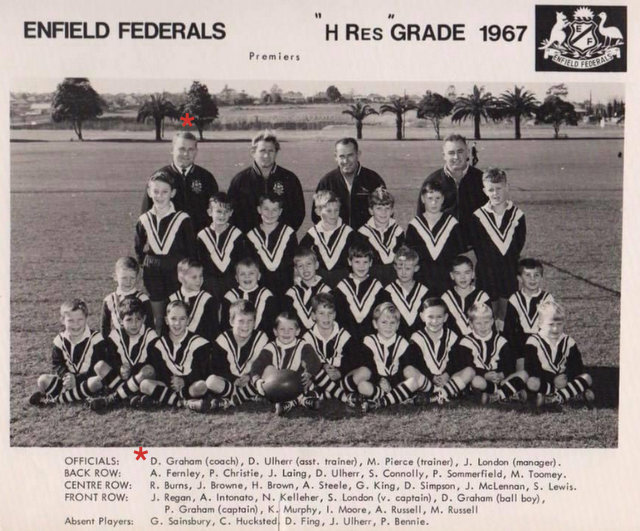 Don was an original Board member of Wests Ashfield

He and Ron Watson were the first two, non-Debenture, Directors elected by Members 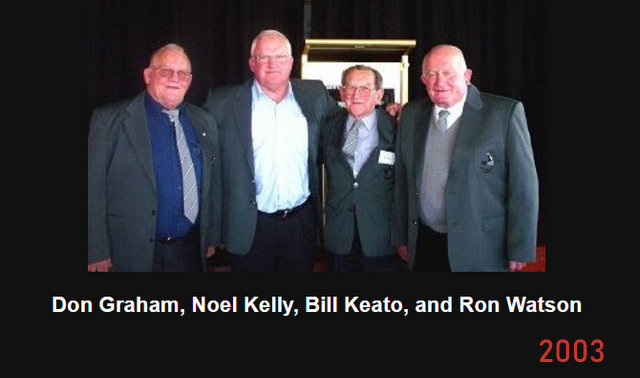 For their services to West’s and the Pratten Park Magpies

All four are West’s men through and through

Don was a regular at the PPM reunions 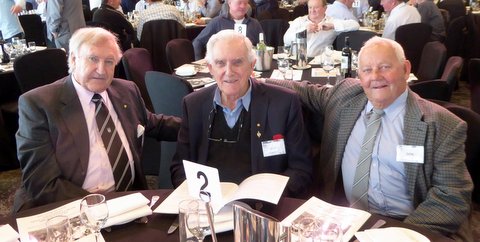