That tally included a single First Grade game in 1965. 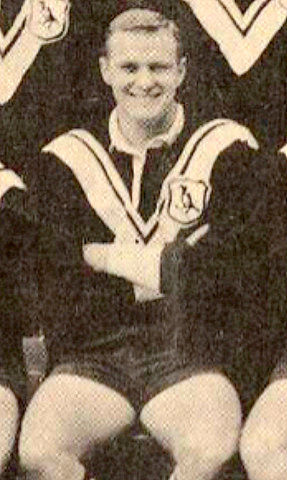 Peter was a Wests junior playing for both Five Dock and Strathfield CYO clubs.

Then Peter came up through the President Cup team of 1963 before going to Grade the next week. 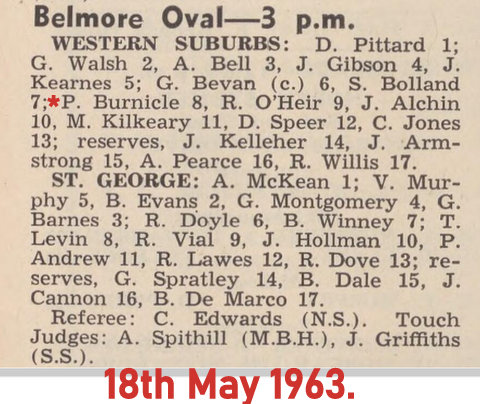 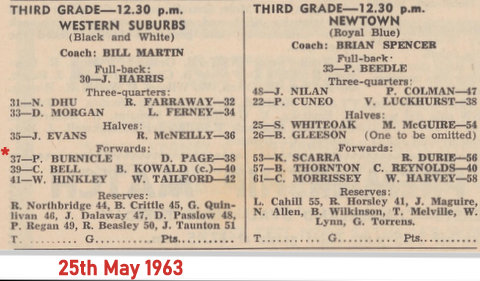 Peter gets a mention in this 1965 Sunday Herald report on the game between Wests and Norths.

North Sydney Rugby League team beat Western Suburbs by 20-8 in an uninspiring game at Pratten Park yesterday. At half-time Norths led 9-0 after an opportunist try by Eric Sladden and three goals by Fred Griffiths. Norths won the scrums overall by 24-7 and Wests were mainly on the defence.  Norths were always in charge during the first half but their form was not particularly convincing and their attacking moves were too easily broken up. Wests improved a little early in the second half and managed to snatch two tries. The most outstanding players were Eric Sladden and John Gudgeon. Sladden benefited greatly from the fact that the Wests centres, McGuinness and MacDougall, paid close attention to Denis Cubis. Fred Griffiths brought off some fine tactical kicks and made clever breaks to set his team on the attack, but marred his performance when cautioned late in the game.

Ron Costello and Bill Hansen were injured and were replaced by Peter Burnicle and Barry Bryant and captain Bob McGuinness injured his back. 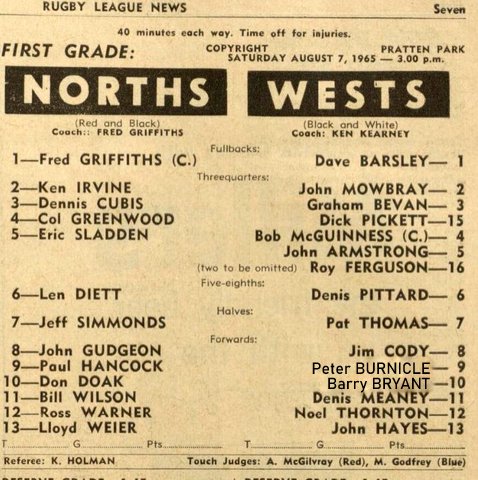 Peter was a member of the 1967 Third Grade premiership team & played in the second row in the Grand Final. 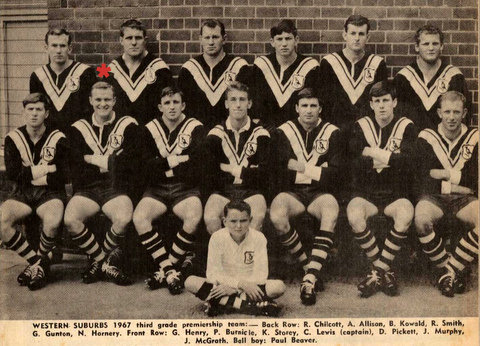 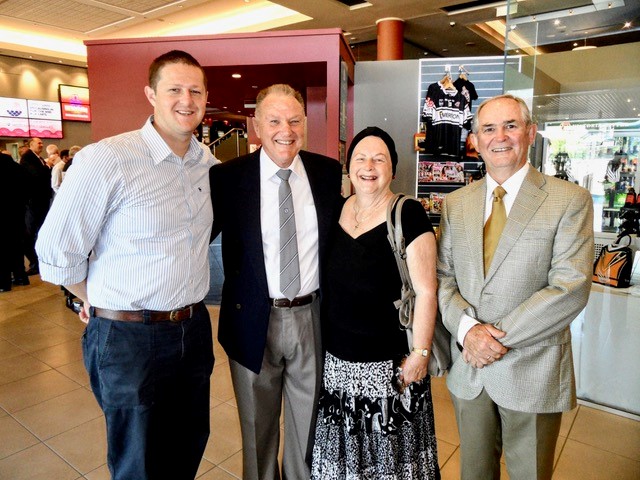 Peter second from the left with family at the PPM reunion 2012.