Barry was a very handy winger who scored two tries against Souths at the SCG in 1954. 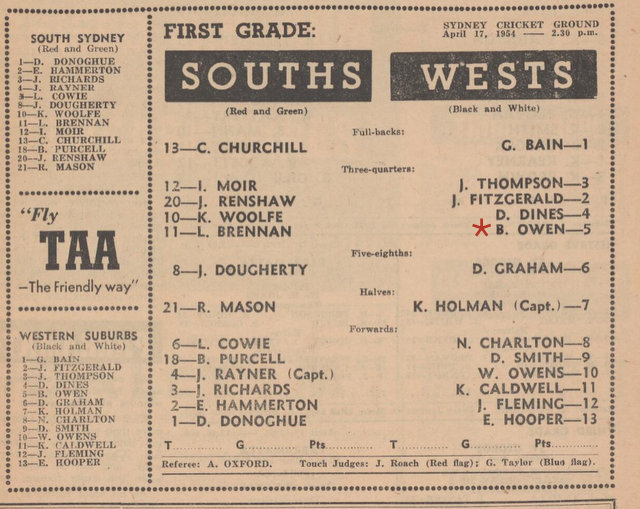 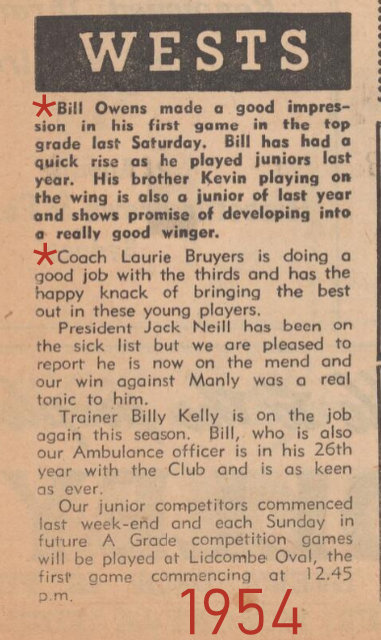 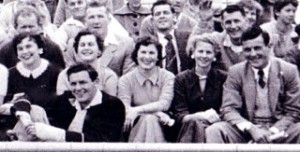 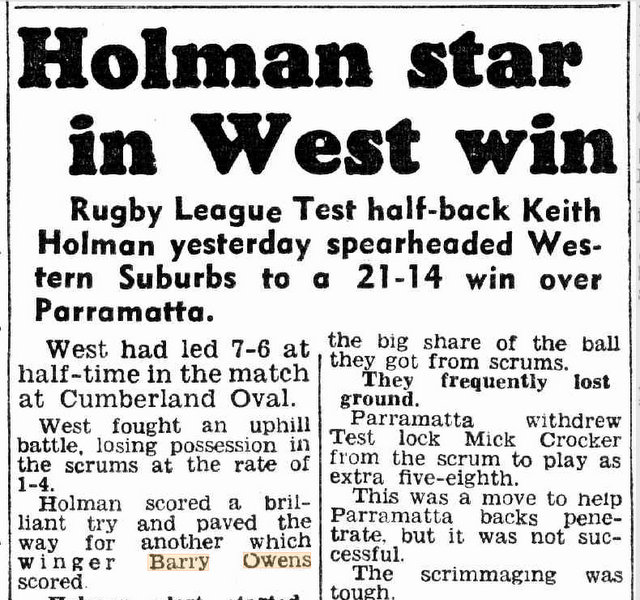 Barry Owen sitting with Wests players at Pratten Park in 1955. 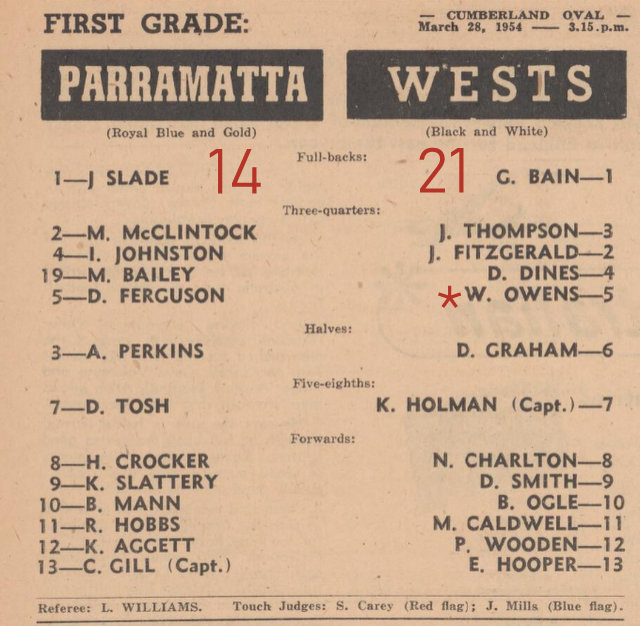 Barry’s best season was 1954 when he scored 5 tries for Wests.