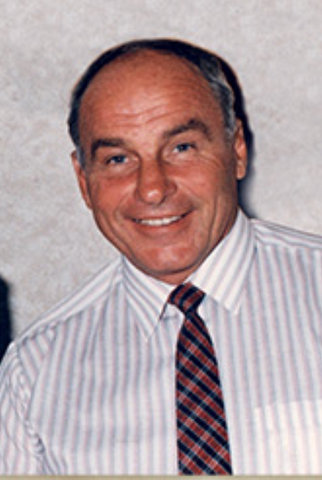 During Dougs time at Wests he played 28 First Grade games.

Doug was unlucky to have two major injuries which kept his First Grade appearances down .

One in 1964 a broken collar bone which saw Doug sidelined for several weeks and in 1966 a broken foot that had Doug out of football for over 6 weeks. 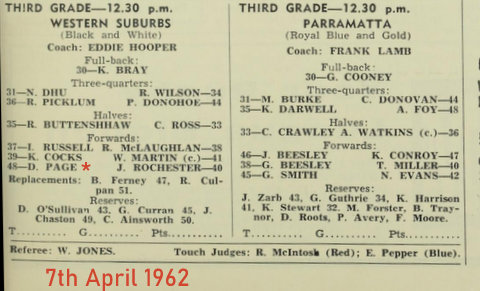 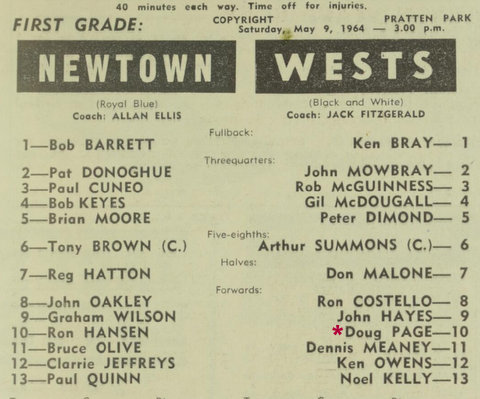 Unfortunately Wests 13 were beaten by Newtown 21. 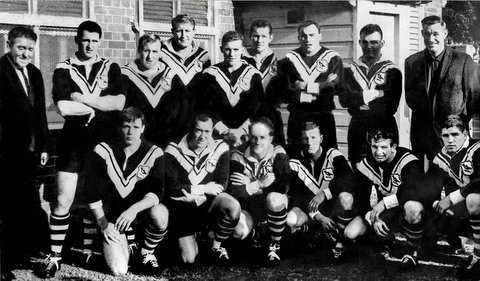 Doug is third from the right standing next to Peter Dimond.

1965 was Dougs best year at Wests he played 12 First Grade games as well as playing in 2 State Cup games. 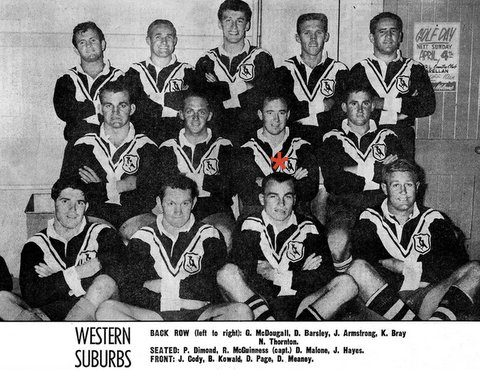 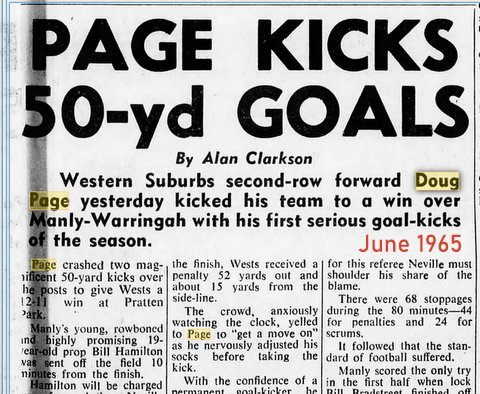 A moment in time.

Its amazing how many older Wests players and fans remember Dougs winning kick. 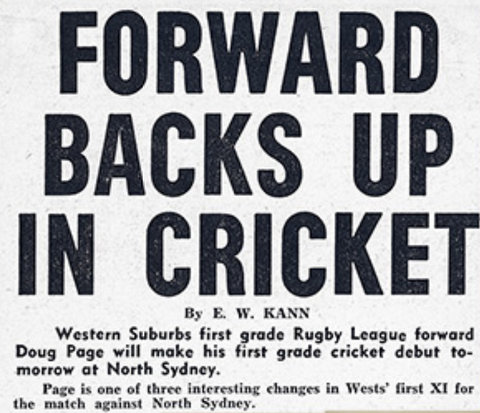 Doug is one of a very select few who have played First Grade for Wests in both Rugby League and Cricket. 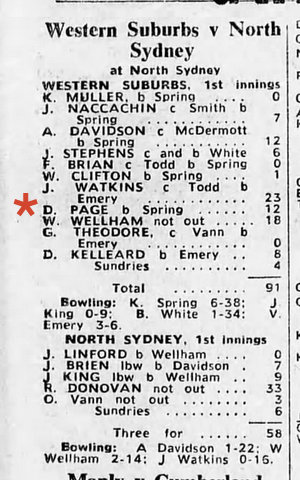 In 1966 Doug was involved with one of Wests great wins….Wests 12  beat St George 9 at Kogarah Jubilee Oval.

This was the first time Saints had been beaten at Jubilee Oval in 12 seasons. 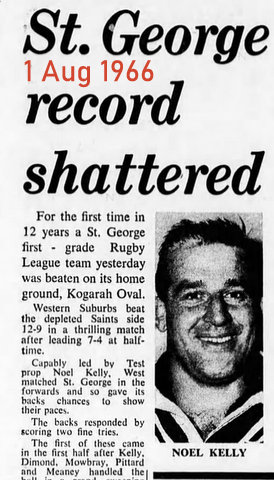 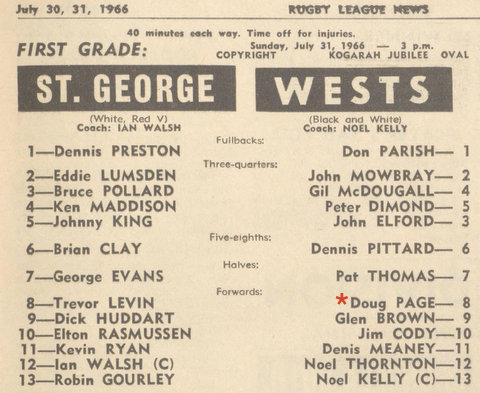 Doug with one of his fellow forwards from that famous game Jim Cody at a Pratten Park Reunion.

At the end of the 1966 season Doug with his wife Jan went overseas to teach in Buenos Aires for one year and two years at Private schools in England. 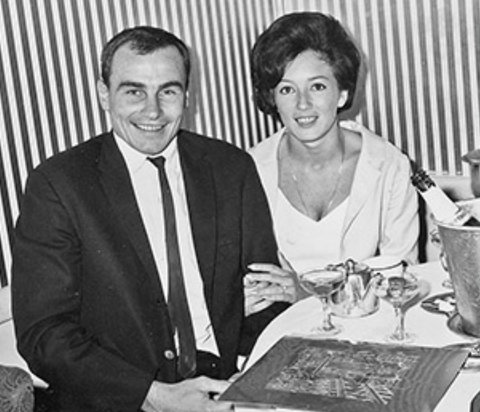 In 1970 Doug returned to Wests and played 20 Reserve grade games.

Dougs last game for Wests on the 23rd of August 1970 at Penrith Park.

Season 1972 saw Doug and the Warriors win the Group 6 comp. 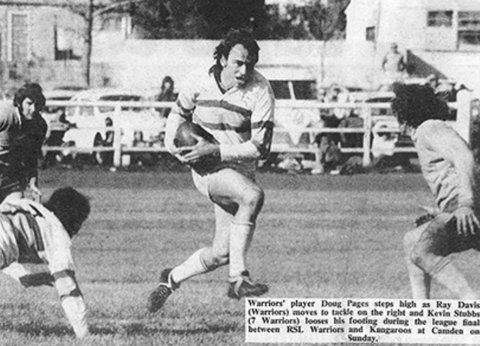 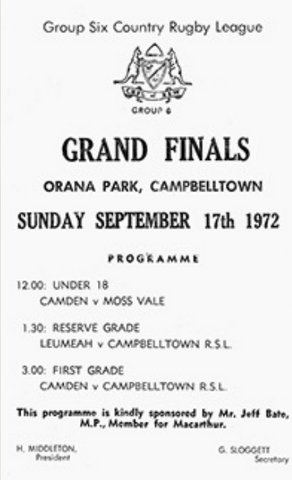 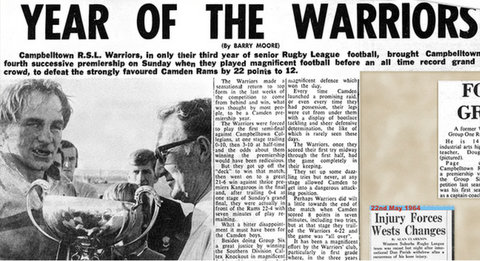 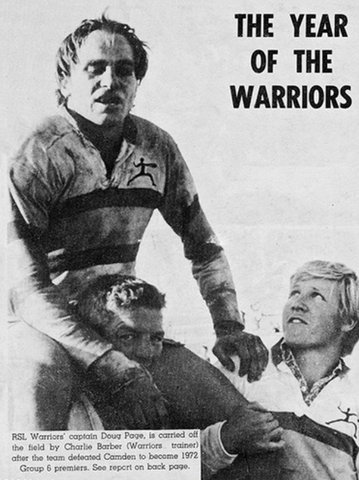 After transferring to South Grafton High School in 1973 Doug became the Capt/Coach of Marist Brothers Lismore in Group 1. 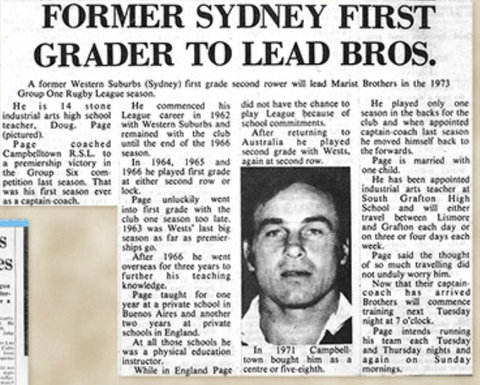 In 2012 Doug was joined by his two sons Craig and Michael at the Pratten Park Magpies Reunion. 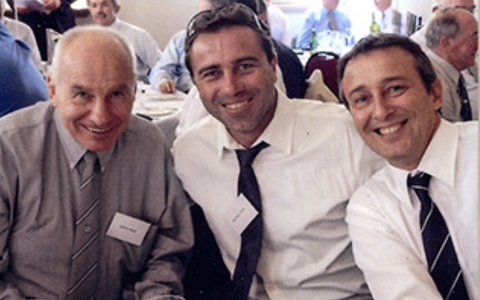