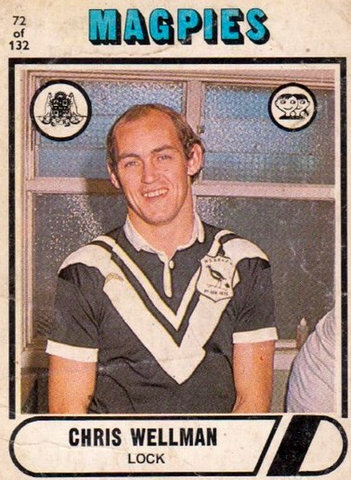 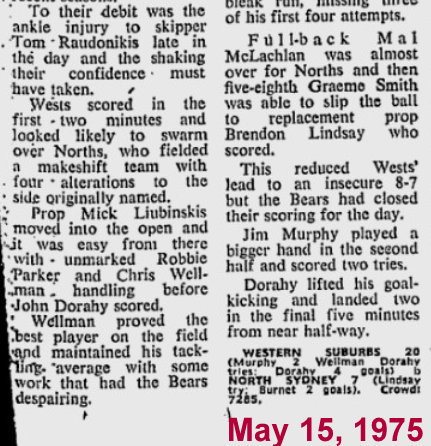 Chris gets a good mention in this match report.

The 1973 Cronulla Grand Final Team. Chris Wellman is second from the left sitting.

It is with great sadness the Sharks inform of the sudden passing of former Sharks player Chris Wellman, aged 64.

In emphasising his abilities, in 2006 Wellman was named by the club as the five eighth in the Sharks ‘Dream Team’ a squad selected by a panel of former and current officials as being the best players to pull on the blue, black and white jersey in the history of the Cronulla club (*see team list below).

Chris Wellman’s funeral is scheduled for Tuesday, May 12 at 11.30am at the South Tweed Crematorium. A wake will take place following the funeral service at a venue yet to be determined.